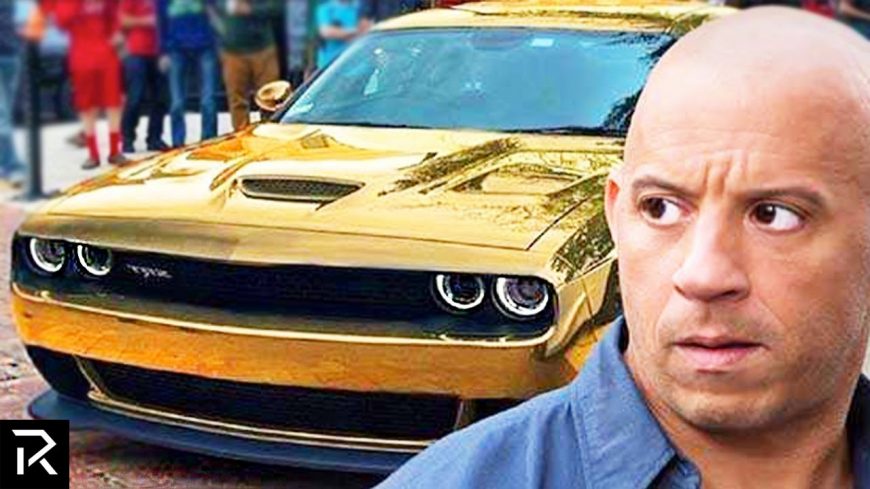 It’s pretty amazing how things can develop over time. Almost two decades ago, the original The Fast and the Furious film came out. After getting some pretty harsh reviews, there probably weren’t many people in the critic realm who thought that it would ever really turn into anything. It seemed like a budget built picture that would catch no more than a niche audience if we believed the initial reviews.

All these years later, though, the franchise has shown us that you can’t always buy into what critics say. Not only did the first movie catch on eventually. It ended up ballooning into what might end up being the most profitable film franchise of all time when all is said and done.

If there’s one person laughing all the way to the bank because of it, that individual would be Vin Diesel.

Diesel isn’t only the headliner of the franchise. It turns out, that his bank account also benefits in other ways. According to TheRichest, Diesel’s multimedia company, One Race Films, also owns a chunk of the franchise’s cash flow. This means that Vin is profiting in more ways than his salary as an actor.

In fact, Diesel has put together more money than he probably would be able to spend in a lifetime. From what we understand, the superstar is worth somewhere the ballpark of $200 million. If this thing gets any bigger, though, that number could end up looking rather puny compared to what he might earn.

By following along with the video below, we get to learn a little bit about Diesel and how he spends his money. As it turns out, he has a little bit of a taste for everything from cars to real estate. I guess that when you have $200 million, the options are pretty much endless.