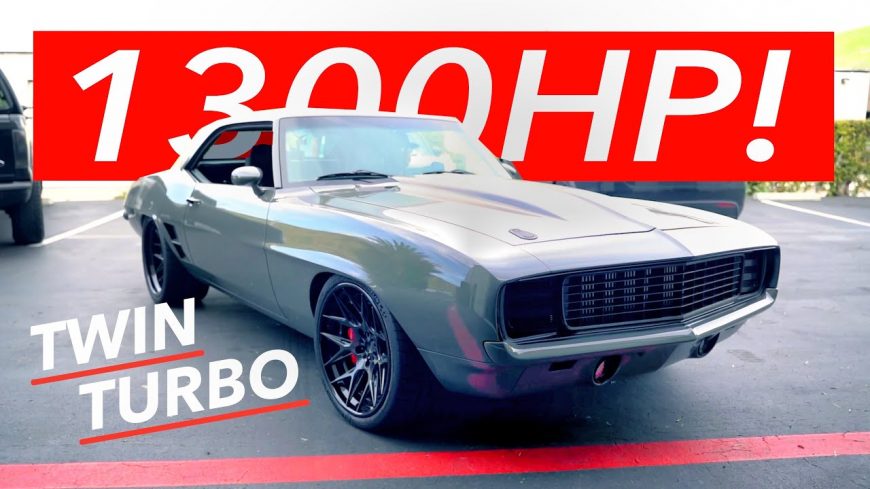 Sometimes, projects have a way of escalating out of control. No matter if it’s something around the house or in the garage, sometimes, plans are meant to be broken. This is especially evident when we look at something like Kristian’s “Build for Brain Cancer.”

Over on the Speed Society YouTube channel, we’ve been showcasing the build coming together. Essentially, when we found out that Kristian, a close friend of Speed Society, had brain cancer, we had to do something special for him. The result is the construction of a showpiece that anyone would be proud to own. What some might not realize, though, is that the plan didn’t start off like that.

When the car originally rolled into the Speed Society office, the plan was to get it running. Kristian wanted to keep a modest set up under the hood that he had already begun working with. The big exclamation point on the Chevrolet Camaro would be the twin-turbo combination. However, before long, things simply escalated.

This time, our friends from Forza Tuning and Performance took the time to create a featurette on the car. In this one, they essentially outlined every last detail of the car and what makes it so special. In addition, we get the opportunity to watch and listen as all 1300 horsepower are unleashed.

It took a lot of good people to hop on board with the machine and make it come to life. The end product of a lot of good, hard-working businesses and people coming together is really something that can leave jaws on the floor. It turns out that there are still selfless people left in this world, after all!

At the end of the day, I think that it’s safe to say that this project went completely outside the plan.

Sometimes, that might just be the best thing that could happen, though. –  Forza Tuning and Performance

« How Koenigsegg Squeezed 600hp Out of a 3 Cylinder Engine