LS and 2jz swaps are running rampant around just about every form of motorsport that ...

LS and 2jz swaps are running rampant around just about every form of motorsport that we can think of. We’re certainly fans of both of these amazing engines. Every once in a while, though, it’s really refreshing to see something else pulled off. This one still retains interest and gets the job done with however many gobs of power the application calls for.

This time, we check out the one and only Ferrari powered Toyota 86, affectionately known as the “GT4586.”

With a swap like this, the machine is guaranteed to grab attention. When we throw Ryan Tuerck behind the wheel, that becomes an even more prominent fact. I’m not sure that this guy has ever driven anything easy. With this display, this thing is firing on all cylinders. When he had the chance to rocket up the Hillclimb at the Goodwood Festival of Speed, he wasn’t turning it down!

As one might imagine, Tuerck drives the car like he stole it. It really sets us up for a situation that you’re going to want to lay eyes on as the car completely shreds tires in a sideways display that will put every last person on notice! This drift monster is insane, I don’t care who you are! The sound that comes from the car is entirely unique. There aren’t very many spots where we’re going to hear a Ferrari engine screaming like that as it bangs off the rev limiter.

Check out the video below to see it in action for yourself and be sure to tell us what you think of this one-of-a-kind swap. This thing is not only pretty but also highly functional as it lays down the power. If you want the limelight, a machine like the GT4586 is most certainly a machine that we would venture to say will get you there. 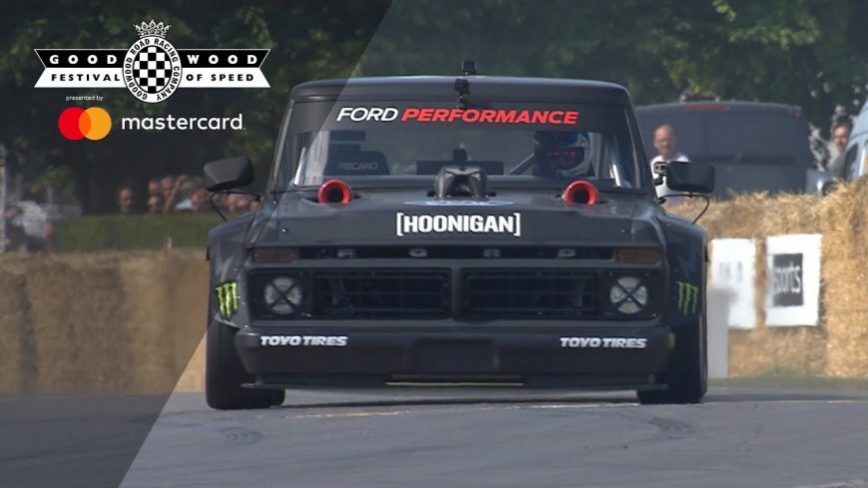