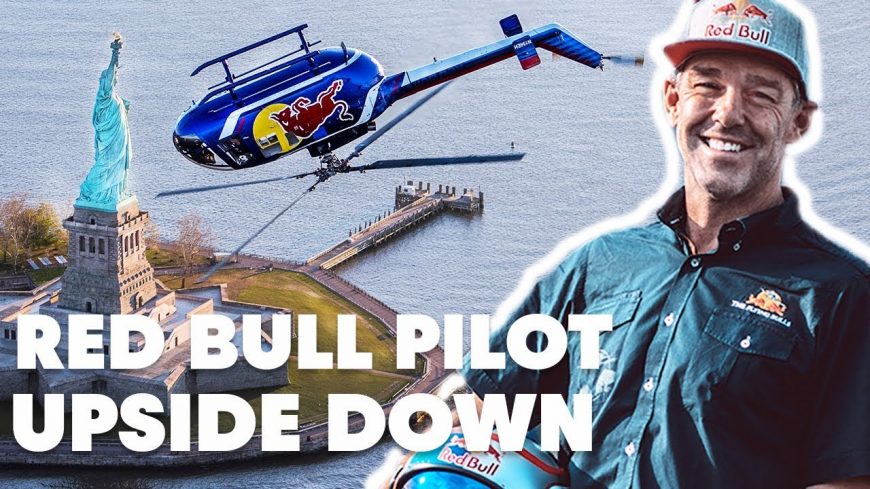 When it comes to those who go the biggest with their extreme sports marketing, look no further than Red Bull. These guys have sunken their teeth into everything from drifting to BMX and everything in between. This time, we check in with what might just be one of their craziest stunts to date. We’re not sure how many people get into an aircraft and think of flying it upside down. However, we’re about to ride along with a crew of people who thought that idea was too good to pass up. They’re doing it pretty big as well!

Normally, with a stunt display like this, we would think it’d be carried out over an abandoned area. With this, there would be no eyes outside of the rolling cameras. However, Red Bull decided that in order to get the most epic shot, they had to switch things up a bit. Therefore, they decided that the best place to take a perfectly good helicopter and flip it upside down was New York City. Imagine being one of the pedestrians walking around. All of a sudden, you look up in the sky and see a helicopter flying inverted. Talk about a double take!

The stunts were carried out over the Hudson River. People nearby were treated to quite the sideshow in the midst of their busy days in the city.

By following along in the video below, we get to see Aaron Fitzgerald work his magic. This guy has all of the courage in the world as he puts on an acrobatic display throughout several filming locations in the busiest city in the country! Among the acrobatics that we see from Fitzgerald are a flip, fly upside-down, barrel roll, and nose dive. We would imagine that this one had to be the adrenaline rush of a lifetime!