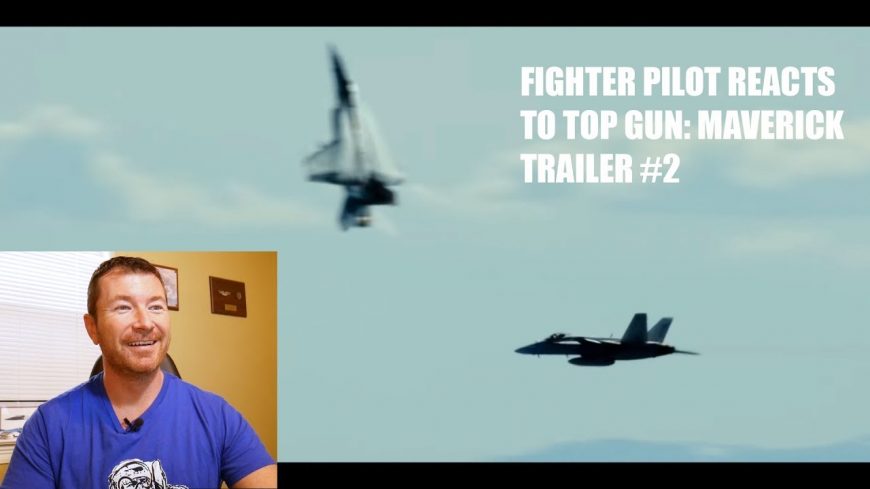 The recent pandemic has been putting things on hold left and right. One of those things just so happens to be the second Top Gun movie, Top Gun: Maverick. The film was pushed from a summer release to the holiday season. Until then, we’re just going to have to allow the trailer to tide us over.

As we should’ve expected, the trailer had lots of action sequences and a couple of recalls to the original Top Gun. As one might expect, there is going to be a little bit of movie magic sprinkled in. As with any good action movie, something that is 100% realistic probably wouldn’t be that entertaining. Naturally, filmmakers have to take a couple of creative liberties here and there in order to make a film that is going to grab attention.

It’s definitely a fine line. If you make something entirely fake, it’ll be easy to lose the audience in sequences that just don’t make sense. However, a little bit of movie magic here and there can certainly stand to improve a film.

This time, thanks to C.W. Lemoine’s YouTube channel, we get to hear from an actual fighter jet pilot. In this video, he takes the time to dissect the Top Gun: Maverick trailer to tell which parts are real and which parts have maybe exaggerated a touch. Don’t get us wrong. We think that basically anybody with a decent head on their shoulders realizes that these films certainly use movie magic. However, it’s fun to pick them apart to determine which parts are real.

By following along with the video below, we get to listen to the rather interesting rundown of which parts of the trailer stretch the truth just a little bit and which are on point. In any situation, I think that this is a movie that a lot of us simply can’t wait to see on the big screen.

« Here’s Why Top Gun: Maverick Should Live up to the Hype