Find Out the Highest Speed Ever Recorded by Police in Manhattan

Find Out the Highest Speed Ever Recorded by Police in Manhattan

Stuntman and professional driver Emile Bouret has some awesome stories to tell, and ...

Stuntman and professional driver Emile Bouret has some awesome stories to tell, and these are definitely some of the most enjoyable I’ve heard. Emile joined the awesome guys over at VINwiki to share three tales of his adventures that led to some extraordinary displays of speed.

The first story is from a film set where Emile was driving a pretty badass car while the crew had 5th Avenue in Manhattan locked down for filming. He saw one of the officers – who were on site to keep pedestrians out of the scene – had his radar gun out recording the speeds and decided to have a little fun with him. After blowing by the camera to get the shot, Emile kept the throttle decked a little longer than needed and sped toward the cop. He tracked the officer down later and asked, finding out he had officially broken the record for the highest speed recorded in Manhattan at 147 MPH.

He also had the opportunity to take one of the most legendary cars ever built, Ferrari’s F40, for a high speed run on the interstate in the middle of the night. His friend, the car’s owner, was riding with him and had dozed off, so Bouret decided to, as subtly as can be done, downshift the car into 4th gear and roll into the throttle. As the RPM’s climbed and the MPH soared, his friend woke from his sleep and peeked over at the speedometer. As the needle swept toward the double-century mark, the car’s owner watched in silence, only prompting Emile to ease off once he’d hit the magical 200 MPH mark.

Finally, Emile had been taking some friends for rides in a Ferrari 512 TR. After hitting 160 with a friend’s wife in the car, he and his buddy decided they needed to top that mark. With the throttle pinned, Emile blasted to 181 MPH only to find himself looking the back bumper of a Sheriff’s cruiser.

Instead of lifting, he passed the car and left him fading into the distance. He dipped into a subdivision shortly after and slipped away, although after being passed by a car going 181 MPH, I doubt the officer even attempted to follow.

Why Did These Cops Tell a Driver He's Not Allowed To Go To His Own House? 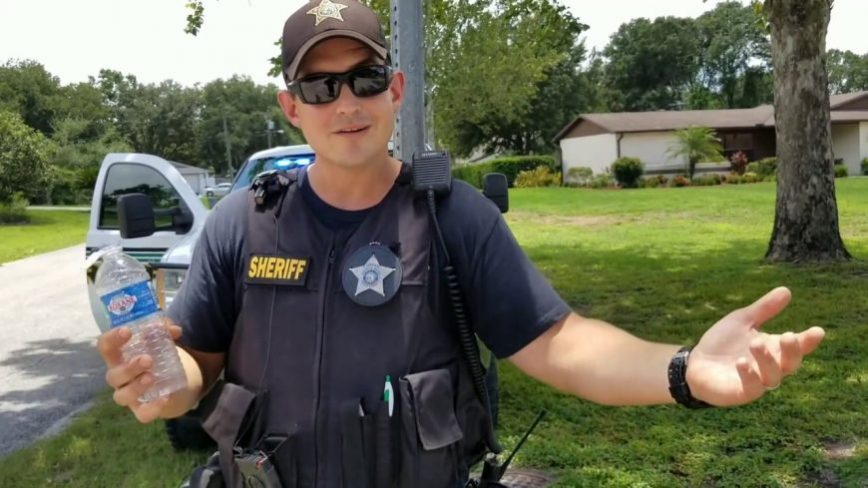