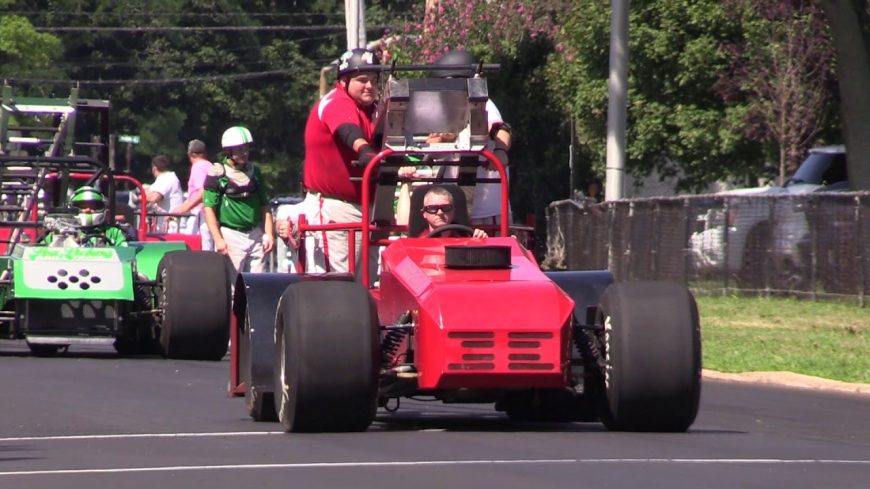 When it comes to being a firefighter, it’s pretty hard to imagine a world where firefighting could be competitive. Sure, one person could be better at the job than another. It’s hard to picture firefighters competing head-to-head, though. We kind of picture them more as a team.

When we look in the direction of what’s known as “Firematic Racing,” though, we find just that sort of competition. In fact, it seems like there could be quite a rivalry here. The whole idea is to see who is the best performing in a competition that is in some way related to the responsibilities of a firefighter.

It appears as if this event is made up of two separate competitions, a hose, and a ladder contest. Both of these look like they could be pretty dangerous, if not handled correctly. Luckily, though, we definitely have some professionals getting in on the action here.

Both of the maneuvers are happening with a full head of steam. On one hand, we have firefighters rushing up to a high ledge with a vehicle bearing a ladder on the back. Before we know it, this ladder is detached from the back of the vehicle and a firefighter is scrambling up to the top in a mad dash. All of this is going on off of the back of what looks like a modified racing machine.

While that might seem like a pretty intense whirlwind of adrenaline, it’s not where the action stops. Instead, we also have another high-speed maneuver that has the crew rushing in and firefighters tumbling off of this racing machine. With them, they take a hose which they then latch as quickly as they can to a hydrant. Meanwhile, the vehicle keeps on moving before another pair of team members jumps off and blasts a target.

Down below, we get a quick taste of this action from the 2017 New York State Fire Department Drill Team Racing Championship. You have to see this stuff to believe it. At the beginning of this competition, 50 teams were in the running. When all was said and done only five would end up placing.