First Edition 2021 Bronco Sold Out in Less Than 12 Hours, Too Much Traffic Crashed Ford’s Website 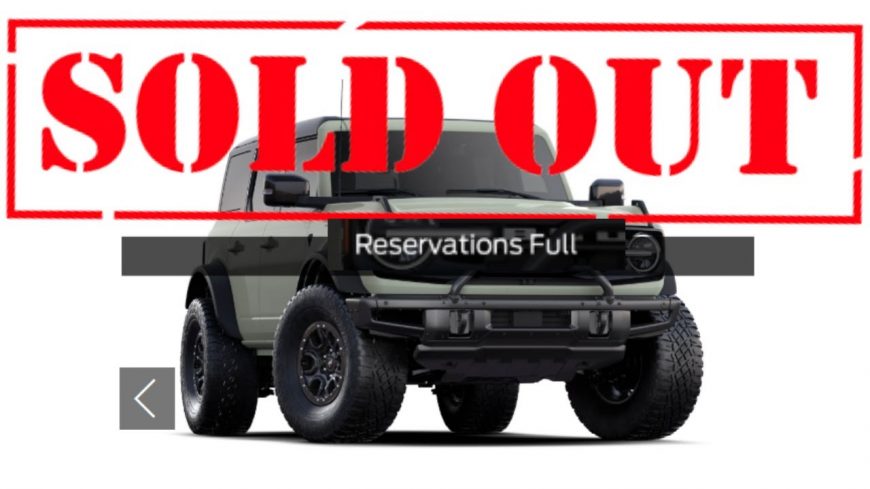 Well, we could’ve told you that was coming. As if a long-overdue competitor for the Jeep Wrangler wasn’t enough, Ford seemed to knock this one out of the park. With a nameplate revival, things can get touchy. However, the general public seems to think that the company did a great job with this one. Comment sections around social media are beaming with positivity about the new release. Imagine that! There’s positivity on the internet!

However, if being in content creation has taught me anything, those voicing their opinion isn’t the end of the road. Often times, how people speak with their actions is much more important. If actions tell the story then the people have spoken!

The First Edition model of the 2021Ford Bronco has sold out before we could even blink our eyes. The news was reported about 12 hours after the initial unveiling of the truck set the internet on fire

After the unveiling Monday night, the company would immediately start taking orders. There would instantly be multiple reports of Ford’s website crashing due to too much traffic as well.

As for the First Edition, the model far exceeds the Bronco’s base price of $29,995. Instead, the $60,800 model comes with the off-road bells and whistles along with some luxury items that can also be found in other trim levels. This includes unique badging and upholstery that will really make this SUV stand out. As far as production, the limited-run variant will only be produced in a quantity of 3,500.

We’re not sure if something like this will ever be a collectible or not. If the 2021 Bronco does achieve collector’s status, though, this would likely be the model to have.

Now, there is a slight catch. These reservations are based on a $100 deposit that is fully refundable. Orders should be finalized later this year.