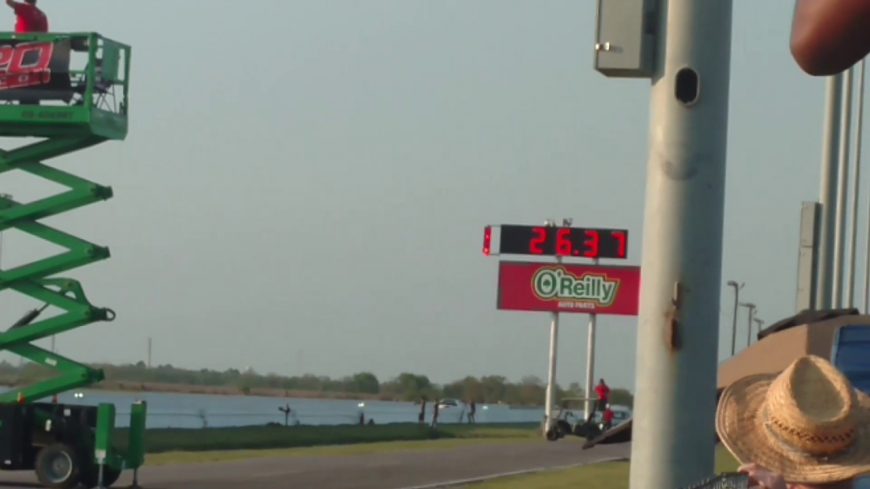 As we watch the racing scene evolve every day, records are built up and fall down regularly. The competition to climb to the next plateau is always fierce when you have a platform that is as capable at drag racing as the Nissan GT-R. The competition is definitely stacked up pretty high.

It just so happens that our buddy, Gidi Chamdi, has been behind the wheel and under the hood of a GT-R that has shown lots of potential and even some excellence out there on the track but recently, cashed in on that potential in the ultimate way, becoming the fastest GT-R in the entire world and the first one to ever make its way into the 6-second range.

In this one, Alpha G built up a head of steam and carried it out through the quarter mile, managing to span the gap between start and finish in just 6.93 seconds, making the crowd go wild as Gidi pioneered a new frontier for the GT-R crowd as a whole!

Check out the video below that shows off the action as Gidi builds up to nearly 200 mph as he blasts through the traps at over 196 mph. We here at Speed Society would like to send Gidi and everyone who helped to make it to this awesome achievement a gigantic congratulations. Even though they have already climbed to the top of the world of one of the most dominant platforms in drag racing, we get the feeling that this could be just the beginning for Gidi and company. Heck, there’s still lots more racing to be done this weekend at TX2k! That record could be dropping before you know it!