First Time EVER! RZR Conquers The Waterfall Bounty Hill And Gets To Name It 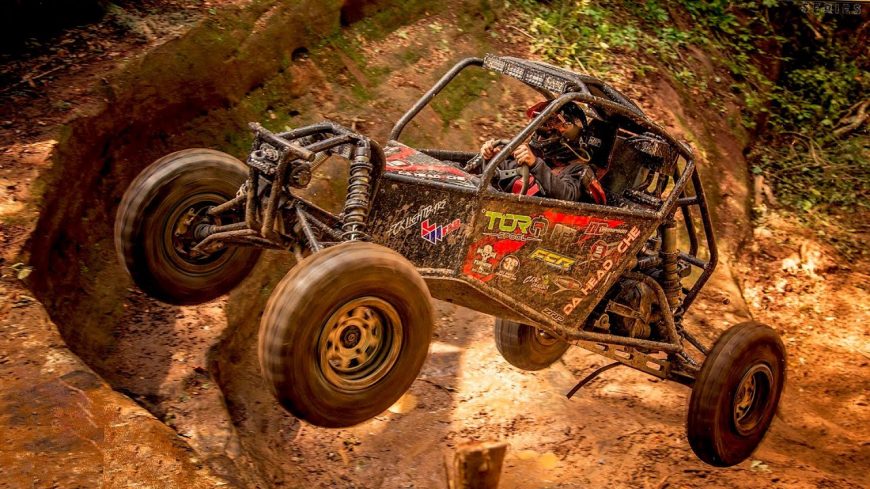 When it comes to rock bouncing up hills, there are some guys who really go at it with reckless abandon. When it came to “The Waterfall” of Blue Holler Offroad Park, that would definitely be necessary. With such an incline, nobody had been able to conquer it. We would most certainly rank the climb on the high end of the challenging scale. However, it wasn’t a full-size rock bouncer that may the climb. Instead, a jacked-up Polaris RZR would surge to the summit. This has to be one of the most exhilarating climbs that we have ever seen.

Via Busted Knuckle “DC Thompson of northern Mississippi is the first and only person to ever conquer the Waterfall at Blue Holler Offroad Park in Mammoth Cave, Kentucky. He went full send in his RZR buggy and jumped up the crazy climb. Full size rock bouncers on 46″ tires couldn’t make it up this beast of a Bounty Hill. This made DC the winner of the SRRS UTV Bounty series event and will go down in history as one of the most epic RZR hill climbs in History.”

By following along below, we get to sit right next to the hill and watch all of the action unfold. This guy is definitely not a fan of the brakes as he continues to lay into that accelerator. When hearing that turbo spool up, we can’t help but get excited as the buggy makes a full head of steam.

Just about anybody with a heartbeat and an appreciation of motorsports should be on the edge of their seat with a display like this one. It’s almost like this guy gives an all-new meaning to “no lift” driving. His foot is definitely not coming off of that gas pedal until the climb is conquered. There’s something about a powerhouse of the machine going nearly vertical that can’t help but crack open those adrenaline reserves.