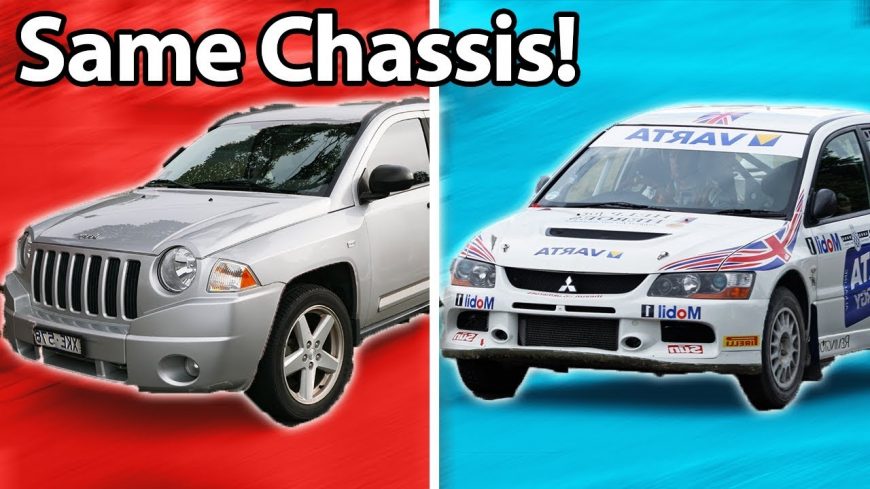 In the world of automobile manufacturing, there are a lot of things that the general public might not know about. As manufacturers look to save on their bottom line, sometimes, costs might be shared. In fact, they will do a lot of things in order to cut down cost as bottom line is of the utmost importance.

Sometimes, the parts sharing or swapping can be even bigger than many expect. Sure, at times, it might be minuscule components like knobs or buttons. Other times, though, entire chassis can be shared between models. While we thought that this might be a simple rebranding under the same umbrella, sometimes, two competitors might share the same chassis. On the surface, this might raise a couple of questions. However, when we think about the potential cost cutdown, it all starts to make more sense.

This time, we dive into a video that talks a little bit more about what certain vehicles might share an entire chassis with others. On the surface, it can be really hard to pick out these sorts of common parts. Just because of vehicle shares a chassis doesn’t necessarily mean that it’s the same as its chassis-mate. For example, the Jeep Compass and Mitsubishi Lancer partake in this phenomenon. However, we’re sure that very few people would know just by looking at them.

By following along with the video below, we get to dig into more interesting combos that happen to share these parts. After absorbing this list, some of these vehicles will be hard to look at the same way again. Heck, we’re still hung up on the fact that every Jeep Compass is part Lancer! Does that mean that technically it’s part Evo as well?

Which one of the vehicle on this list came as the biggest surprise to you?

« Carnage on the Mountain: Street Outlaws Take on Thin Air Of Denver Colorado