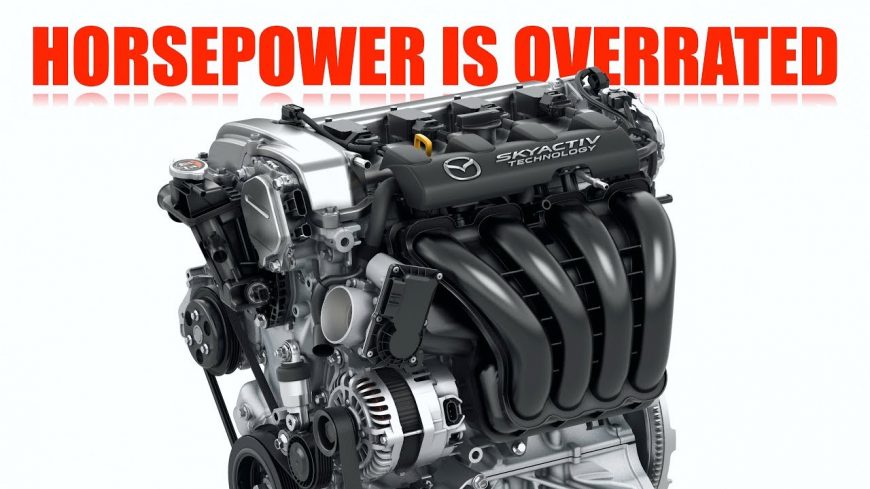 If you were to tell us that somebody wasn’t all that concerned about horsepower, we would probably assume this is somebody who isn’t making very much of it.

However, when an authority like our host over at Engineering Explained says that horsepower isn’t all that important, it’s an argument that we’re at least willing to listen to. At the end of the day, we aren’t too sure that everybody is going to agree with this one. However, we do hear some pretty valid points here.

At the crux of this opinion, we hear about everything from how a horsepower figure is technically the peak of horsepower which isn’t all that relevant all the way to how there are lots of other factors, outside of the power it’s making, that play into a car’s performance.

At the end of the day, it seems like the argument says that horsepower might be focused on a little bit too much. In fact, some people don’t care about anything but that one figure, even though they might not exactly understand what it all means.

By following along with the video below, we get to dig into this concept to hear the reasoning that might just change some opinions on what exactly horsepower is doing for you. After checking this one out, do you still think that you need to make all the power in the world?

Maybe so but hey, why not have a more well-rounded ride while we’re at it?

« Formula D Driver Breaks Down How the Sport Costs Him $15,000 Per Minute