For those on the outside, looking in, drag racing might seem quite simple. You throw ...

For those on the outside, looking in, drag racing might seem quite simple. You throw as many parts at your vehicle as you can to make it go fast, you push down the accelerator after showing up on race day, and you go down the track. To those who have absolutely no idea what they’re talking about, they will contend that drag racing is an easy sport that requires nothing but money to win. If you’ve ever competed in any sort of drag race, you know that that couldn’t be any further from the truth. There are so many factors that go into a weekend at the strip that most would have their minds blown if they weren’t in the know. In fact, that you can spend countless hours learning the craft and still struggle to find your way to the top of the pack.

Furthermore, depending on the different type of drag racing, some drivers might be better than others. For example, just because you’re the strongest racer on the streets doesn’t necessarily mean that it’s going to translate all that well to the track. On the other hand, it might just turn out that one individual can make it work no matter where they’re throwing down.

One person who seems to have been familiar with competing, no matter what the surface, would be he who goes by the name of “Falco,” an individual who has become quite popular for his prowess with pickup trucks.

As an individual who many would contend became well known originally from his Chevrolet Silverado on the streets, he would then move into no prep racing where he’d eventually introduce the Chevrolet S10 that you see here. How well could the experience on the no prep convert to a race where some of the heaviest hitters in all of drag racing come out at No Mercy 9? If you follow down in the video below, you’ll be able to see this incredible mini truck make a couple of hits and stretch its legs out a little bit as it digs deep into the 4s.

If you were to ask us, we would say that it looks like Falco is certainly getting ready to really make some waves with this thing on the prepped surface! 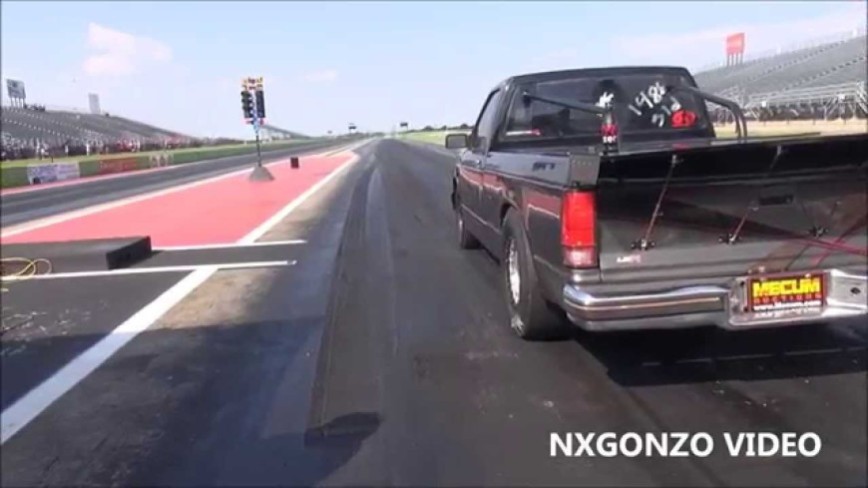