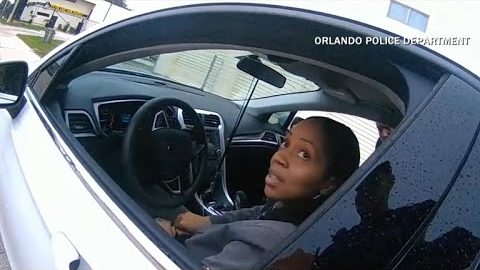 In the headlines these days, you see a lot of stories about police and recently, yet another story popped into the headlines that might have caught the eyes of quite a few people. When this Florida state attorney was pulled over by these officers, the story had made its rounds. You see, when the police officers claimed to have run her tag, they say that the system had come back to nothing. The officers defended themselves, saying that this is an incredibly rare situation as they have never really had a tag come back without a match. Even if the car was stolen, it would still come back with results and as such, they decided to pull the car over in addition to seeing that it had tint that they believed to be too dark for Florida State law.

As they explain their side of the issue, the state attorney sat calmly, processing information and coming up with her course of action after this short confrontation was over with. Even if the situation might have seemed a little off, the attorney should serve as a role model for people who are dealing with situations like this for themselves. Instead of catching an attitude or barking back at the police officers and telling them why they might be wrong here, she simply sat and listened to them all while probably putting together her defense in her head to be handled in court or whatever the next step might be.

Check out the video down below that has stirred up quite its fair share of controversy and tell us what you think of this situation that has been taking the internet by storm. Do you think that all of the facts line up here to make one cohesive story that legally makes sense or is something fishy floating around in the pond here?