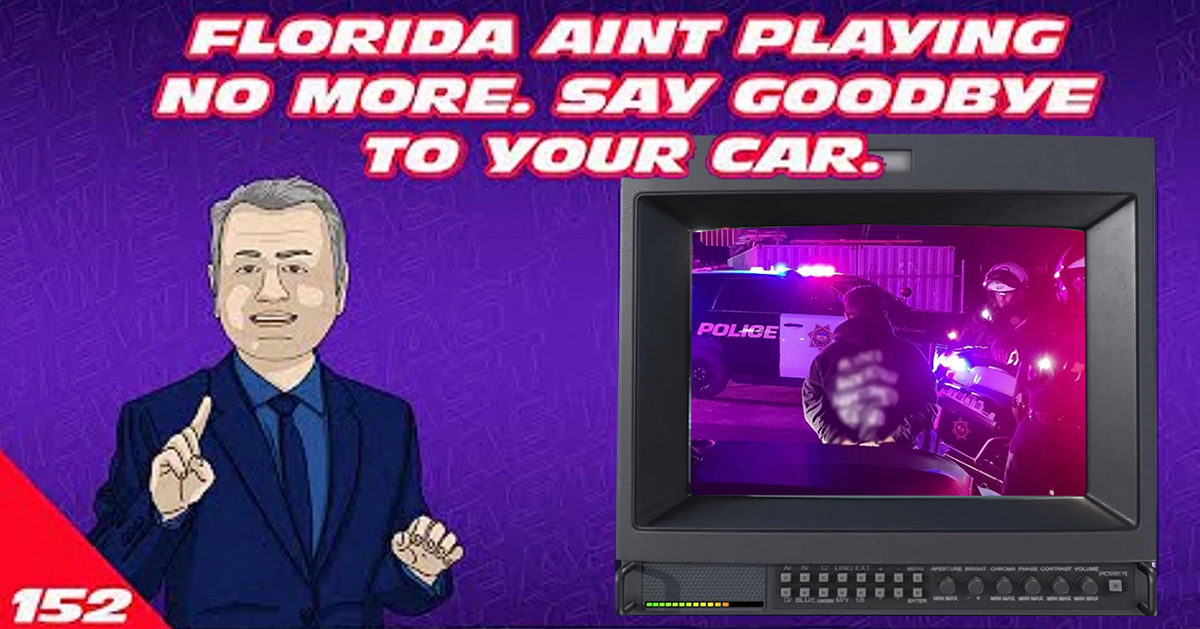 For pretty much anyone who participates in the dangerous motorsports-related activity on public roads in the state of Florida, a new House bill was just introduced that is really going to crack down on speed enthusiasts.

On June 9, state lawmakers approved House Bill 399 which bans drag racing, burnouts, and other forms of stunt driving on public streets. Of course, this was all illegal before but the bill takes aim at increasing the punishment associated with such activities because Florida seems to think that some motorists have a blatant disregard for public safety.

HB 399, according to Craig Lieberman, carries serious consequences and Florida will prosecute just about everybody involved including spectators and even those who are filming. I’m not quite sure where freedom of the press ties into this but perhaps those with YouTube channels might be able to find a loophole.

The first offense for those caught doing any of the aforementioned crimes is classified as a misdemeanor with a fine of up to $1000, car impoundment, and temporary license revocation. The second offense within five years will be another misdemeanor with a fine up to $3000. If you’re caught another time within the five-year period, it’s another $3000 fine and your car will be seized in civil asset forfeiture.

This means that your car is now gone forever and the government takes it and auctions it off. Even if you still owe money, you’re responsible to pay off the car note or take it up with your bank. Civil asset forfeiture is a controversial method of law enforcement that some think opens the door to “legal” property theft.

Down below, we check in with the harsh penalties in place in Florida. Perhaps the most controversial part of this whole thing is that you can get in trouble just for being in the passenger seat of somebody who’s acting up.