If there’s one thing that we’ve noticed about trends, it’s that ...

If there’s one thing that we’ve noticed about trends, it’s that they happen to repeat themselves. Sometimes, this happens when a design references older concepts. A perfect example of this would be the styling of the 2005 Ford Mustang that paid homage to the Mustangs of old. Other times, we see a retro setup that’s been copied to be exactly like the days of old. These designs are directly inspired by the old school.

Today, pickup trucks are a really far cry from what they used to be. When they first really started making their way into the consumer’s hands, they were functional and that was it. However, they definitely had a classic design that has found its way into the hearts of many.

On the other hand, though, it’s hard to say no to some of the creature comforts offered up by modern trucks. When it comes to the efficiency and power available, these newer offerings are all that and a bag of chips. Sometimes, though, an individual might want to have a taste of the old days with their new ride.

This time, for those who are living in that lane, we check out a crazy setup. As reviewed by Mike aka Streetspeed717, we get to check out a new Ford F-150. However, when a dealer package is introduced to the equation, things go in a direction we’re not used to. No, this F-150 doesn’t have a futuristic cutting edge design. Instead, the dial has been turned back a little bit on the time machine. With this one, we check out an insane retro theme that really reminds us of the 1980s.

By following along with the video below, we get the complete tour of this monster. In addition, for those interested in dropping $50k on the truck, you can learn about where to do that below! 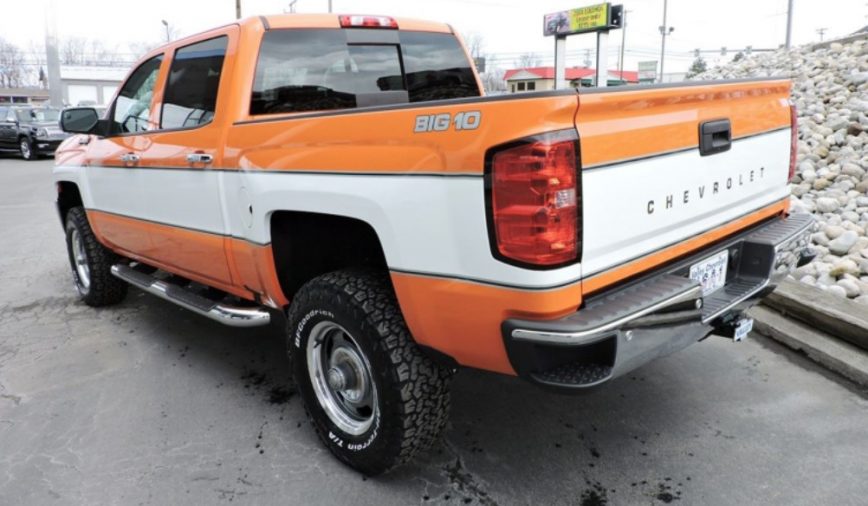