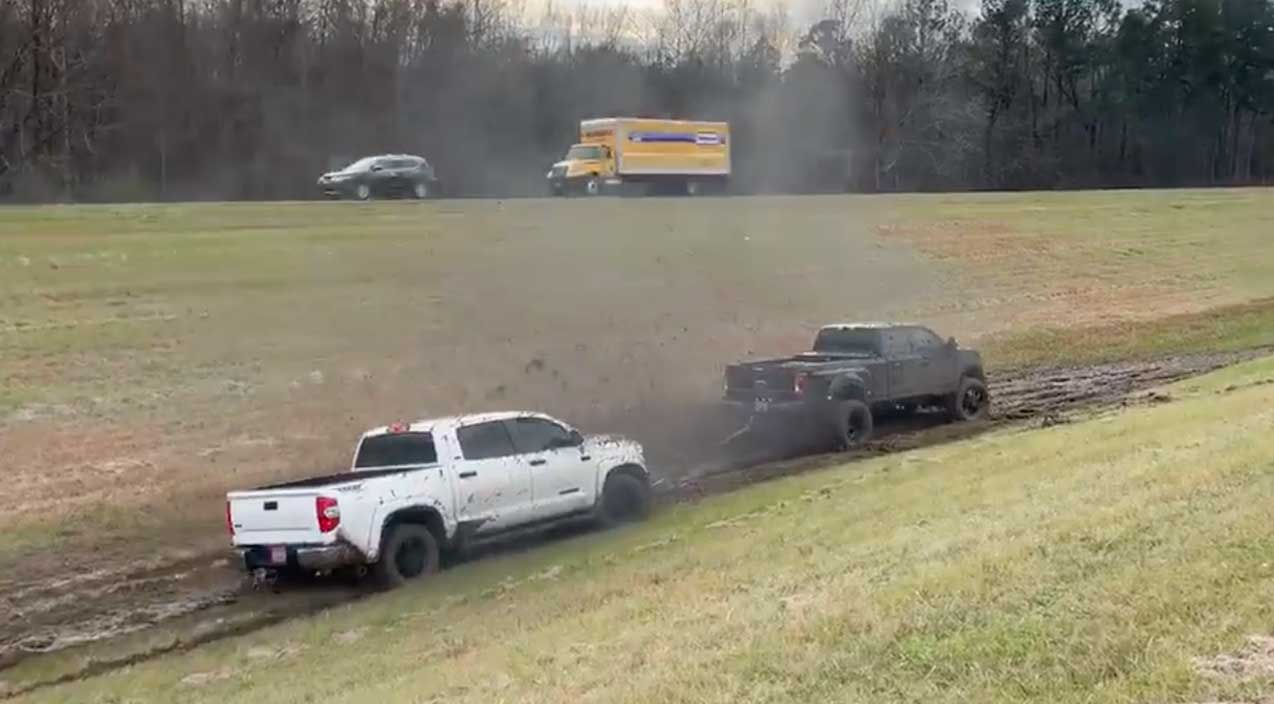 Every once in a while, we all need a helping hand. When the individual here discovered that he would need a helping hand, it all came when his truck decided that it wanted to veer off of the highway, finding its way into the grassy median and down into a ditch before settling in at the bottom, a place where not even the Toyota Tundra’s four-wheel-drive system would be able to help out as the mud would seep up past the tires and sink the truck to the point where no matter how many wheels were spinning, it just wasn’t going to happen for this light duty pickup.

Luckily, for the driver in question here, somebody else would be willing to come in and do the heavy lifting, making sure that this truck that was stuck in a tough spot would have the opportunity to be able to make it to dry and solid land once again where it could set its tires on pavement and maybe get a little bit of traction. Now, while the heavy-duty Ford would be able to handle this type of situation a little bit better than the Toyota, it wouldn’t be able to go down without getting at least a little bit messy. Okay, actually, it was a lot messy.

If you follow along with the video below, as posted to Facebook by Beau Alan Rogel, you’ll be able to catch the moment as this rescue mission gets underway. We would definitely classify this one as a success but the one thing here that you might notice is that there’s mud absolutely everywhere. Even with a good detailing guy, this one is going to take a long while to be able to recover back to the point where there isn’t mud falling from every last crevice of this truck. Hey, I guess the muddy rescue is better than no rescue at all, right?