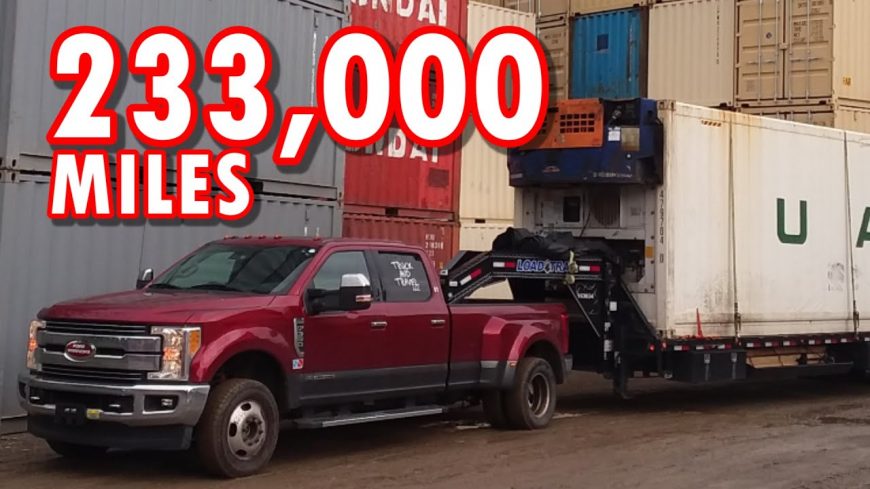 When it comes to buying a truck, there are certain models that are simply built for work. There aren’t going to be too many people who are investing the extra money in buying a dually who don’t also have plans to put it to the test. Lots of times, this “test” will be local hauling. However, many of these trucks hit the open road to take their loads over a long distance.

Most of the time, when we get reviews on these sorts of vehicles, they’re brand-new. After all, most eyes are interested in seeing what the latest and greatest looks like. It’s rather exciting to see all the new features on board of some of these brand-new trucks.

On the other hand, there are simply some things that we just can’t get from a new truck review. Sure, the truck might have some nice features. It might heat your seat up and be able to crank the stereo up really high. It might even be able to pull around a substantial load.

When it comes to putting the machine the test over and over again, though, how does it really hold up? The longevity of these sorts of trucks is the real question. No matter how many features it has, an owner isn’t going to be happy if the truck ends up crapping out before they get their money’s worth.

By following along with the video below, we get to hear one 2017 Ford F-350 owner’s opinion. The subject of discussion is none other than a dual rear wheel Power Stroke powered pickup. As the truck has collected 230,000 miles, it has seen a little bit more than the average annual mileage. This particular truck has been used to haul a heavy load for a good majority of its life. So, how did it hold up over just a couple of years? It’s time to find out.