It’s no secret that, during this time of crisis in America, things certainly ...

It’s no secret that, during this time of crisis in America, things certainly are different than they were just a couple of months ago. As more people contract the COVID-19 virus, we quickly find out just how ready our system is for such a shock.

In this trying time in our country, we see some people’s true colors exposed. Some use this time to induce panic and negativity. However, we prefer to commend those who are going above and beyond. As it turns out, regardless of what headlines say, there are people who will become real-life heroes in this time of crisis.

Among those who could potentially become heroes are some of America’s oldest businesses. We find Ford, General Motors, and Tesla, all of whom have offered up their services to help the medical effort. A shortage of ventilators seems to be rapidly approaching over the horizon. These titans have shown willingness to step in if need be.

Wednesday night, Ford relayed in a statement “As America’s largest producer of vehicles and top employer of autoworkers, Ford stands ready to help the administration in any way we can, including the possibility of producing ventilators and other equipment.

Tesla CEO, Elon Musk, went to Twitter to show his willingness to throw Tesla’s resources at any potential issues.

We will make ventilators if there is a shortage

General Motors CEO, Mary Barra has also been in talks with the White House about the potential to help. Spokesperson, Jeannine Ginivan, tells us “GM is working to help find solutions for the nation during this difficult time and has offered to help.”

In a Tweet early Sunday morning, President Trump gave the companies the go-ahead to get to producing. Efforts like this can provide us with a spark of hope to keep pushing forward!

Ford, General Motors and Tesla are being given the go ahead to make ventilators and other metal products, FAST! @fema Go for it auto execs, lets see how good you are? @RepMarkMeadows @GOPLeader @senatemajldr

GM, Ford, Fiat Chrysler to Shut Down All U.S Factories Amid Coronavirus Pandemic 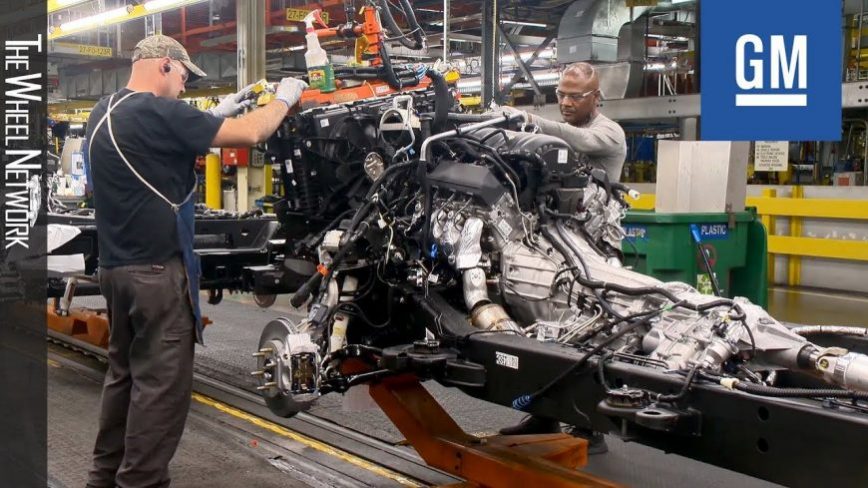