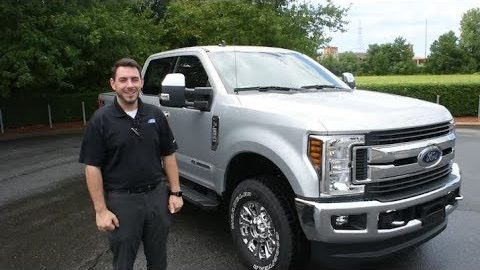 If you drive a newer Ford vehicle, keep an eye on your mailbox, you may soon be receiving a recall notice. Today, the domestic automaker announced it would be recalling nearly 40,000 of it’s 2018 and 2019 vehicles as part of 4 separate recalls. In no particular order, the individual recalls are as follows:

Some 2018 Explorers with the 2.3 liter or 3.5 liter GTDI engines have misassembled fuel pressure sensors. This recall affects approximately 160 vehicles in North America, which are being recalled to have the fuel pressure sensor replaced due to a chance of leaking, which could increase the risk of fire. There have been no reported injuries or accidents related to this situation, and the dealer will replace the fuel line assembly at no cost to the vehicle owner. The affected Explorers were manufactured between July 29-31 of this year at the Chicago Assembly Plant.

Select 2019 Super Duty trucks may be missing material in the transmission that keeps the parking pawl from properly engaging, which could cause the vehicle to move unexpectedly. Ford is not aware of any injuries caused by this condition, and dealers will inspect and replace any affected vehicle’s transmission at no cost to the owner.

Approximately 271 select 2019 Lincoln Nautilus vehicles have been called in to have dealers replace the driver’s airbag module. Vehicles affected do not have adaptive front steering and were built at the Oakville Assembly Plant between Oct 11th and 19th of this year. Again, if affected by the recall, all repairs or replacements will be handled by the dealership at no cost to the owner.

The largest of these recalls affects some 38,000 vehicles, including the 2018 Ford Expedition and 2018 Lincoln Navigator. These vehicles may be missing J-channel reinforcement brackets in the seat track assembly, which could cause excessive movement of the rear center bench seat during a crash. Dealers will check the vehicle to see if the brackets are present, and if not, will replace the center seat frame assembly at no charge to the owner. At this time, no injuries have been reported due to this condition.

If your vehicle has been affected, expect to receive notification from Ford by mail very soon. Hopefully all of these are addressed before any injuries occur.