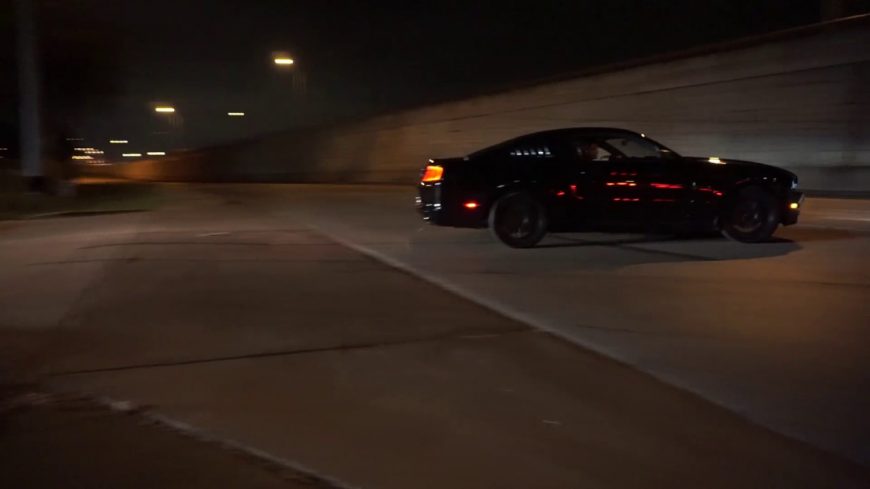 Believe me, as someone who originally thought all of the Mustang jokes to be pretty hilarious, I’m kind of over it all at this point and I think we’re all getting there but just as everybody learns to not make fun of those to crash their cars leaving car shows, yet another Ford Mustang owner always seems to come out of the woodwork to lay into the throttle way too much, getting sideways and eventually crashing into a wall, crowd of people, or some other nearby object.

I kind of find it hard to believe, that after this has become such a big trend of sorts, that those behind the wheels of their Mustangs wouldn’t be on notice, maybe trying to act a little bit less like a show off when leaving local events because, as the trend continues, just about anyone could be next and that’s definitely not a position that you want to be in not only because you’re going to be on video looking like an idiot but you’re also going to be paying some money to get that damaged fixed as well.

This time, when leaving a car meet in Austin, TX, this Mustang fan wanted to pull out of the lot and show off what his car had. Therefore, as we have seen many times before, the owner goes around the turn and lays into the throttle, sending the rear end of his Mustang flying in a direction that he had not anticipated and eventually putting the car straight into the wall. Take it from somebody who has been around the block couple times when I tell you that maybe you should be a little bit lighter in the throttle if you aren’t too sure of yourself and make sure that you are completely around a turn before throwing yourself at the throttle and going completely Tokyo Drift right into the wall.