For those who are looking toward the future of the automobile, we’ll give you a ...

For those who are looking toward the future of the automobile, we’ll give you a spoiler alert. Electric vehicles are the new wave these days. There was a period of adjustment when they came along and many might’ve considered them a novelty. However, it seems like Tesla has chiseled out a nice roadway for other companies to follow. Absolutely every direction that we look, the majors have either jumped onboard or spoken of plans to do so.

One of the most recent adopters and maybe the most controversial has been Ford. If there’s one thing that Tesla has really taught us about the market, it’s that EVs don’t need to be boring or ugly. It seems as if Ford really took that one to heart with their most recent design teaser.

In their latest EV news, the company promises a new 300-mile driving range electric crossover. The plot twist that nobody was expecting is that it’s apparently going to be modeled after a familiar face. Reports have circulated that the crossover will emulate the styling of the Mustang. We wouldn’t recommend trying to picture that one in your head. When we did, we came up with some goofy looking rides. We’re sure that Ford will figure out a way to iron out the fine details, though.

One of these fine details has apparently already caused quite a storm among enthusiasts. From what we understand, Ford considered bringing back the “Mach 1” nameplate. This would pay homage to the Mustangs of old. However, the story follows that because of backlash, the vehicle will be called the “Mach E,” instead.

There aren’t too many details that have been confirmed just yet. The video below gives us the rundown on what the watercooler talk is saying about the new electric crossover!

2020 Bronco - Everything we know so far about the all-new Bronco SUV! 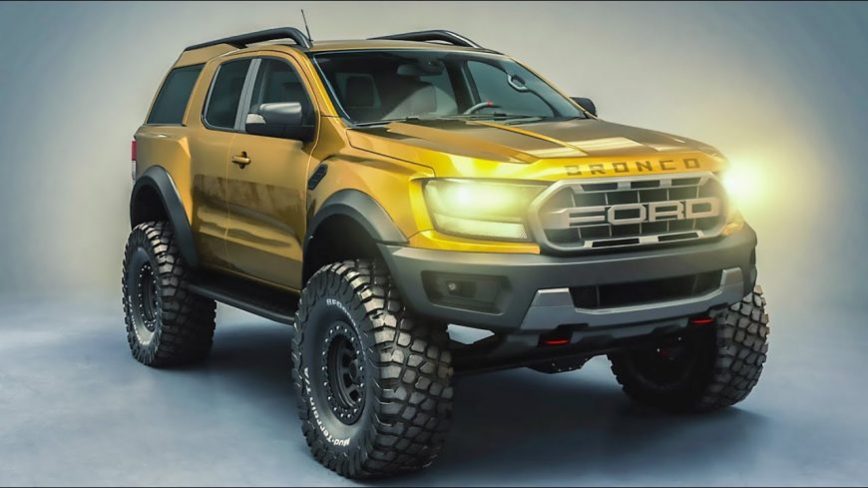