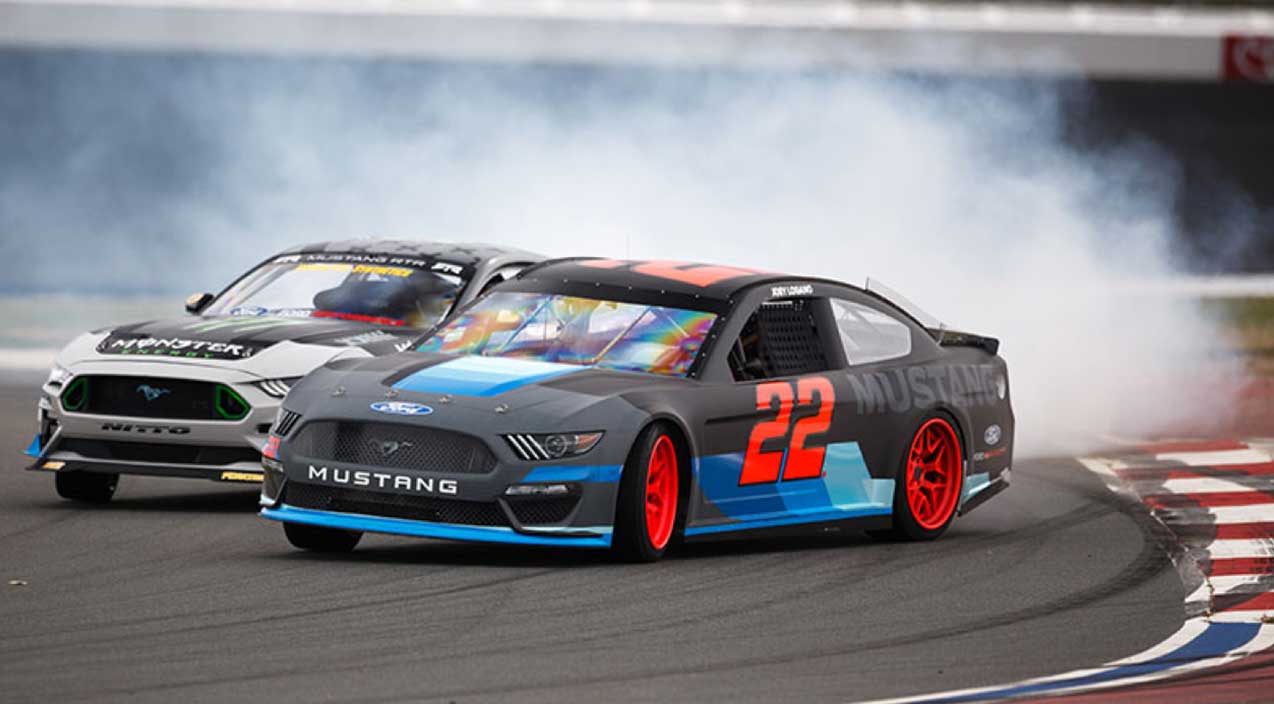 I’m not gonna lie, Chevy needs to step its game up. When it was announced that NASCAR would be bringing the Camaro to the stock car ranks, there should have been a lot of fanfare about that. Not only does that actually connect the NASCAR world with a car that has generations of performance heritage, it set the stage for Ford to roll out the Mustang for NASCAR use and revitalize a rivalry that’s as old as the two cars themselves.

GM dropped the ball, at least as far as unleashing a badass video to commentate the announcement. Ford, however, did not.

By bringing reigning MENCS champion Joey Logano together with long-time Mustang fan and drift legend Vaughn Gittin Jr to show off the new ‘Stang and it’s moving. While Logano won’t be doing much in the way of drifting on the track, there’s no denying he handles the car with solid precision for a driver who has been conditioned to keep all 4 tires planted as much as possible.

Logano and Gittin slide through several turns, keeping the rear tires spinning and despite some major differences between the 2 cars, they execute a great tandem drift. At the end, a third stock Mustang joins the fray to connect the race car, the drift car and the same car you and I can go down to the Ford dealership and but, putting a nice smoke-filled bow on the “Race on Sunday, Sell on Monday” concept.

We can’t wait to see the Mustang and the Camaro on the track duking it out in 2019. Hopefully, Toyota will make the switch to the Supra in the MENCS soon so there will be a trio of sports cars battling it out for supremacy on the NASCAR tour.

I have to assume that’s much more in line with what the founding fathers of the sport had in mind, instead of family sedans.