Ford Ranger vs $50 Rustoleum Paint Job – Is it Any Good?

Ford Ranger vs $50 Rustoleum Paint Job – Is it Any Good?

If there’s one combination that we think most folks are looking for, it’s ...

If there’s one combination that we think most folks are looking for, it’s affordable and high quality. Unfortunately, many times, it’s just hard to have one with the other. Lots of times, when something is easier on the wallet, it might not be so easy on the eyes and vice versa. This is especially true when it comes to painting jobs in many cases.

However, for those willing to invest a little bit of elbow grease, maybe that doesn’t have to be the case. After all, they say that lots of success in a paint job have to do with the preparation. Therefore, what would happen if somebody were to go out and buy some affordable Rustoleum paint and a cheap Harbor Freight sprayer? Could something like this actually come out with a finish to desire?

This time, we check in with a video that attempts to find out just that. With the help of a multi-colored Ford Ranger, this crew attempts to make it all one color. As the body panels quickly fade to white, eventually, we get to see the results of a little bit of sanding and masking followed by shooting the vehicle with the aforementioned products.

At the end of the day, for the amount of money that was invested in this thing, it ends up looking pretty darn good. It is kind of difficult to tell just how good the job is from a YouTube video. However, I think that we could at least say that the truck passes the 5-foot test if not better. If most people saw this thing rolling down the street, they probably wouldn’t even think twice about it. At the end of the day, blending in like that is kind of the goal of a paint job like this.

After checking out the video below from MAD CRE8IVE, be sure to tell us what you think of this DIY paint job. 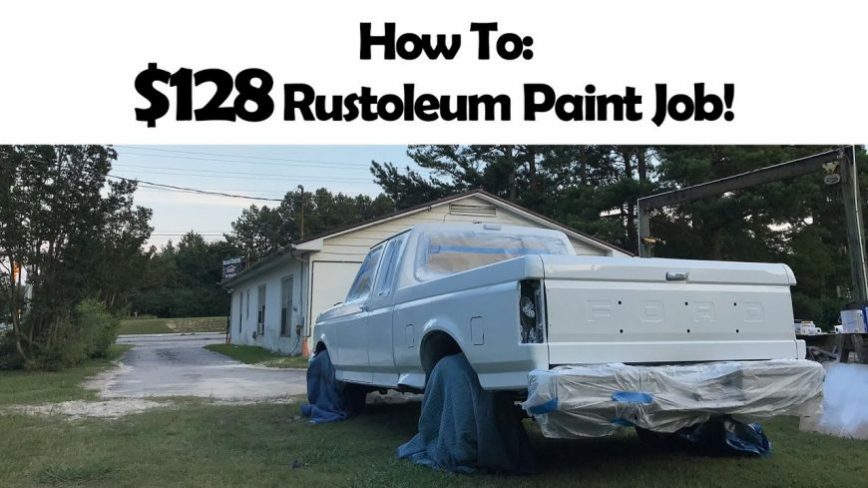