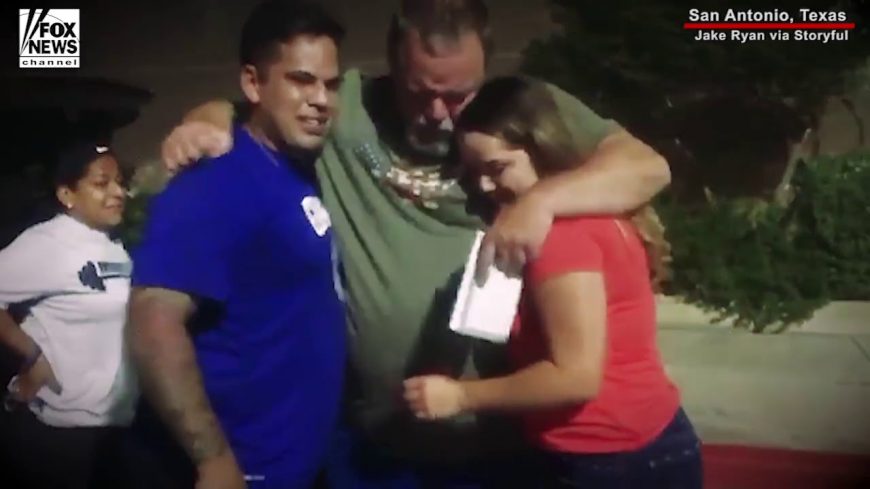 There are times where life has a funny way of throwing us a curveball now and again. One moment, everything might be going just fine. The next, everything is flipped upside down into what can feel like a worst-case scenario. We’re sure that we don’t need to tell anyone reading this just how difficult it can get. We all have our own struggles.

This was exactly the way that we opened the story that led to a man selling his Ford Mustang for his wife. Wesley Ryan decided that it would be best to sell his pride and joy when the family hit a rough patch. Laura, Wesley’s wife, had been diagnosed with cancer. This was when he would say goodbye to the machine.

As fate would have it, though, he would end up getting the car back. In this video, we would see the scene as Ryan’s children would go through the leg work and get their dad’s car back. We couldn’t help but be happy at the emotional scene but that isn’t where it would end.

Fox News says that, after gaining quite the bout of exposure, the story would catch the eye of Ford Executive Chairman, Bill Ford. He would be so moved by the story that he couldn’t help but jump in to bring this Ford some life again.

Ryan would dial-up John Hennessey, the owner of Hennessey Performance, for help. Amidst what was basically an entire overhaul, the car would receive a bit newer heart. The Mustang is now powered by a 5.0L Coyote engine and 6-speed transmission. We’re told that the car also has Ford Performance onboard with a flywheel, clutch, and even a limited-slip differential. Top it off with brakes, a Coilover suspension, and Cobra wheels and we have one heck of an awesome machine.

It’s pretty awesome to see the world giving back to those who sacrifice for the better of others. In this case, that certainly happened with just a little bit of help!

« This is What Happens When a Customer Refuses to Pay! Wild REPO Truck!