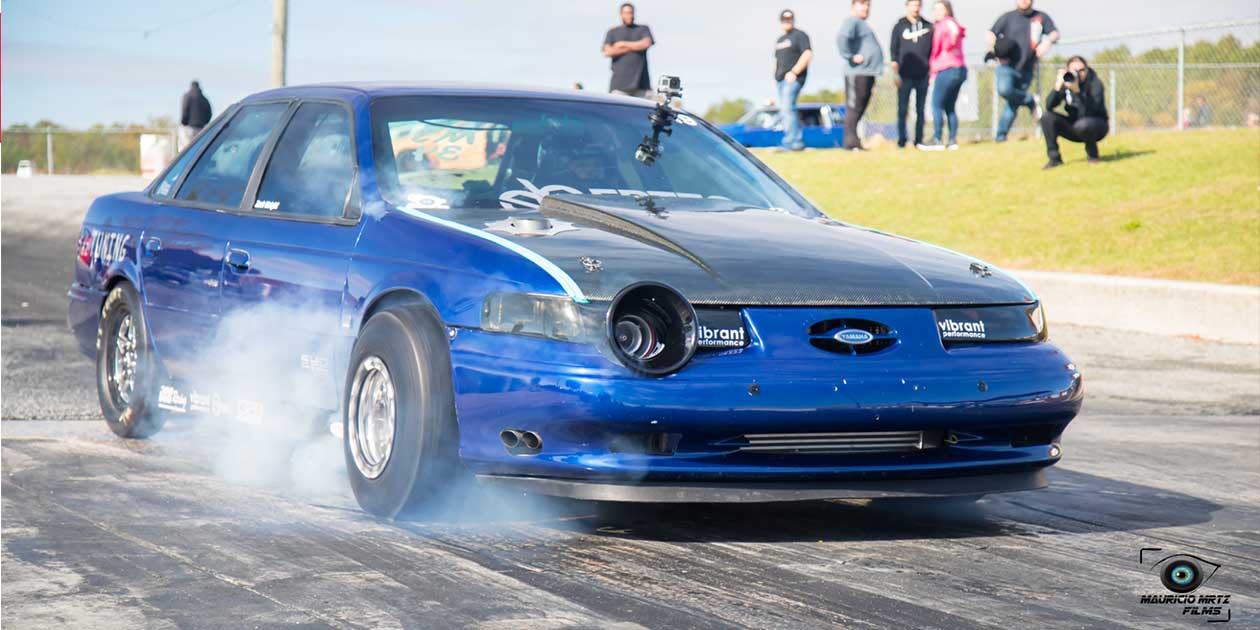 With a title like that, one might be so inclined to think that this was a premature April Fools’ charade. There’s no way that something like Ford Taurus could possibly run an 8-second quarter-mile… right?

For those who know of Zach Wright, though, they know that this is the furthest thing from a joke. Instead, years of persistence have finally paid off for one determined Taurus owner. Zach has taken the car that he drove to high school and marked another otherworldly accomplishment off the list.

The last time that we saw the car was in August of last year at Street Car Takeover’s Indianapolis race. The machine was battling its way into the mid-9-second realm. It was at this point that Zach reminded us of exactly what it is that makes the car so impressive. Instead of being able to follow any sort of road map, much of the build is a trail that Wright is blazing himself. If we were to count the number of Tauruses that have been even relatively close to this fast, the list would include a single car.

Therefore, as the push to eventually step it up to the next level moved forward, the car would run into more and more issues. When speaking to Zach in Indy, the frustration was apparent. This is especially true while trying to maintain a strenuous race schedule. Hauling from one end of the country to the other isn’t always easy on the psyche.

When the Taurus stepped to the plate in Houston this past weekend at TX2k, though, all of the hard work paid off. In the video below, we watch as the car affectionately known as the “Blue Turd” steps to the plate. As it pushes its way through the beams at the big end, another major milestone would fall. After blowing the hood off and shooting it into the air, the Taurus would burst into the 8-second realm. The final number would amount to an 8.967-second pass at 170 mph.

Breaking into the 8s in any car is an achievement. Doing it on a platform like this is truly going above and beyond.

« Can Costco Oil Perform Well Enough to Save You Money?