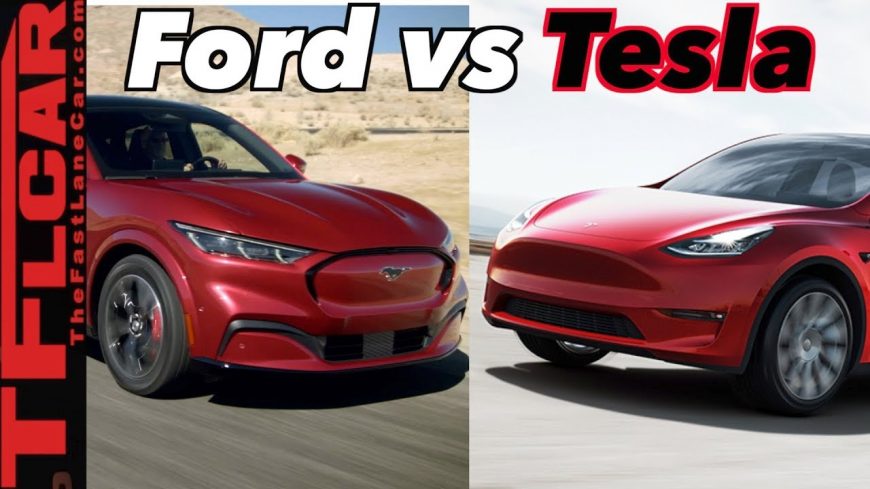 It seems like the electric car has found its way to market prominence rather quickly. I don’t think that there are too many people who would argue with the idea that Tesla was really the first major player in the market. They only began to surge into mass production around 2012. It was kind of crazy that a new automaker came out of nowhere and really took over the segment. Some might even say that they define the segment.

Fast forward a bit for the year 2019. It might’ve taken a little bit of doing but other automotive manufacturers have finally caught up to Tesla. Well, maybe they still have a couple of steps left to go but they’re finally putting their best foot forward in the electric market.

One of the most recent electric vehicles that has managed to break the internet is Ford Mustang Mach-E. The machine due in late 2020 has really managed to stir the pot. Let’s just say that there are some questioning his use of the Mustang name. Nameplate aside, it’s time to figure out how this midsize crossover is going to compete in the segment. Will this be one of the first vehicles to take any sort of real shot at the Tesla dominance that we have seen so far?

By following along with the video below, the guys over at The Fast Lane give us a good idea of what to expect. This upcoming year, we should see both the Mach-E and the Tesla Model Y. In this one, we get an entire comparison on what exactly is being promised with each of these models and which one might be able to grab the edge on the other.

Only time will tell which one of these machines will end up being better. For now, though, it’s definitely fun to speculate.