Over the past year or so, it seems like COVID-19 came out of nowhere and leveled ...

Over the past year or so, it seems like COVID-19 came out of nowhere and leveled every event in its path. It doesn’t matter what kind of event or what industry it pertains to, just about every public gathering has been canceled or altered in some way. Naturally, as the SEMA show is one of the largest gatherings in the automotive industry, it was canceled as well and has left a gap in our hearts as early November generally brings the excitement of the show with it.

As the canceled show would have gone down the first weekend of the month, automotive brands have gotten creative in order to bring a little bit of an offering anyway. Normally, SEMA would be a chance to show off recent successes as well as giving out a taste of the future. Thankfully, even though we can’t physically gather, the power of the internet allows this sort of thing to happen anyway.

This time, we check in with Ford to see what they have put together instead of going to the physical show itself. In this particular installment, the brand chose to talk about one of the hottest offerings of the year in The Ford Bronco. While we have been given an abundance of information on the model, almost to the point where it’s hard to absorb it all, it turns out that Ford had a little bit more to say about it.

This time, we aren’t talking about the nature of the Bronco as it comes from the factory but instead, we get to hear a little bit about how Ford has planned to accommodate modification. Typically, this isn’t a mindset that manufacturers will take on when they produce a vehicle. However, it really appears as if Ford is coming straight for the jugular of the Jeep Wrangler, a model that may have more examples modified on the road than any other vehicle model.

By following along with the video below, Ford gives us the inside scoop on how exactly they have created the Bronco with modification in mind. It’s not every day that the enthusiast community gets the opportunity to get their hands on a machine that has been designed with them in mind. 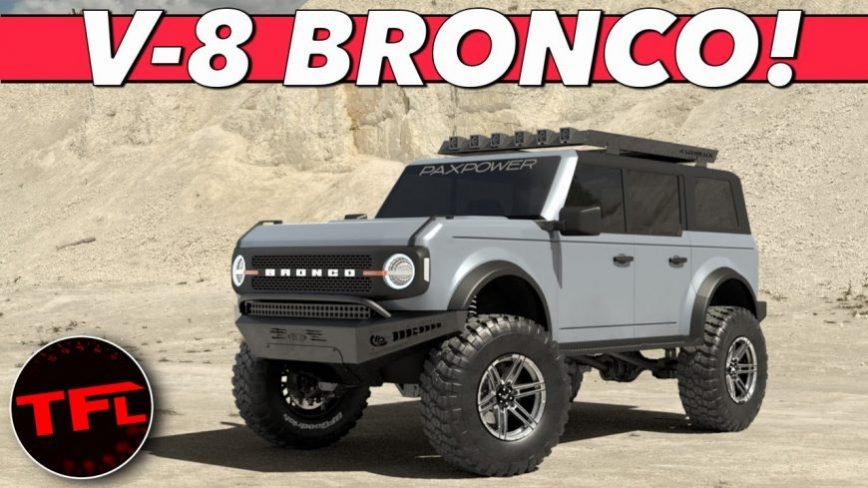