Formula 1 Brakes Glow Red In Torture Testing – Is It Getting Hot In Here? 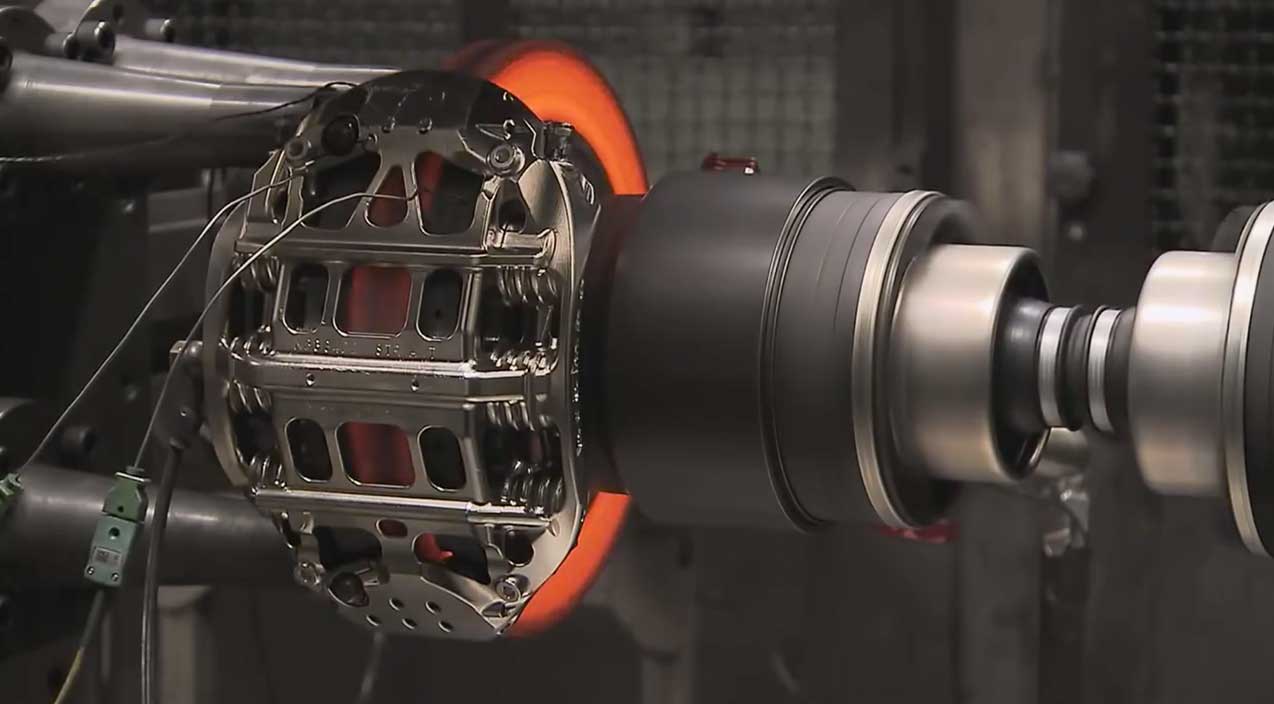 In the world of Formula One racing, there are a lot of parts that have to come together in order for the cars to work exactly as they should. As a spectator, it might not be something that you think about but there are thousands of nuts and bolts, pieces of plastic, metal, and all sorts of other components that you don’t really think about that are going at full effort the entire time that a car like this is underway. It’s pretty nutty to sit back and imagine all of the different components that have to be on their a-game in order for such a machine to go as fast as it does in a safe way.

While ideally, every single part would work every time, there are some parts that might not cause you too much of an issue with a falter every once in a blue moon. However, something that needs to work every last time that you try to use it would be the braking system. We don’t need drivers traveling at insane rates of speed, only to find that when they go to apply the brakes, that there’s nothing there. Therefore a great amount of testing needs to go into making sure that no negative and adverse effects are going to come about on race day. We’re sure that every component goes through this kind of testing, but you get our point.

If you follow along down in the video below, you will get to tune into a bench test that torture tests a Formula One set of brakes, giving off a nice red glow as this setup is taken to the absolute edge. When you go above and beyond to see where the limits live with these components, that means that you can safely keep turning these race cars up and making them faster without having to worry too much about getting them stopped.