As gearheads, there are all sorts of platforms that can really get our engines ...

As gearheads, there are all sorts of platforms that can really get our engines rumbling. From the ground to the water and even sometimes the air, there’s enough adrenaline to go around no matter which we are talking about.

This time, we get to check out a wild exhibition that shows off a little bit of both. On the ground, we get the opportunity to check out a machine that is impressive in its own right. Being behind the wheel of the Renault Formula 1 race car has to be quite the thrill in its own right. There aren’t too many people who are going to get to feel the sheer G forces that this machine creates as it hurls its way around the track, seemingly defying physics as it sticks to the ground while accelerating faster and faster. The counter-intuitive nature of these machines and their insane downforce is really a treat as they stick to the track almost as if they’re on a rail.

In the air, we have an equally impressive machine in the Airbus ACH160. While it is different in nature, it has many similarities with the Formula 1 machine. Much like the handling ability of the Formula 1 car, the Airbus manages to handle in the air, carving its way through like a fighter jet. Even though it has a little bit more bulk, the machine is just as nimble, turning on a dime.

So, we found ourselves asking how exactly the two of these machines might come together in one display. Below, we get the opportunity to find out just that. It’s nothing short of an absolute thrill as the massive chopper carves through the air, imitating the Formula 1 car as best it can as it cuts through the corners of Le Castellet, making its way to one incredible demonstration.

If we were to find “Intensity” in the dictionary, something like this might be right there with it. There’s just something so adrenaline-pumping about watching a massive helicopter chasing a Formula 1 car through the turns that really gets our blood pumping. 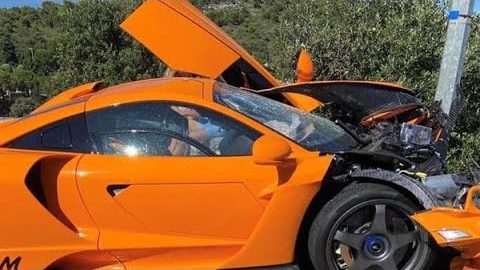