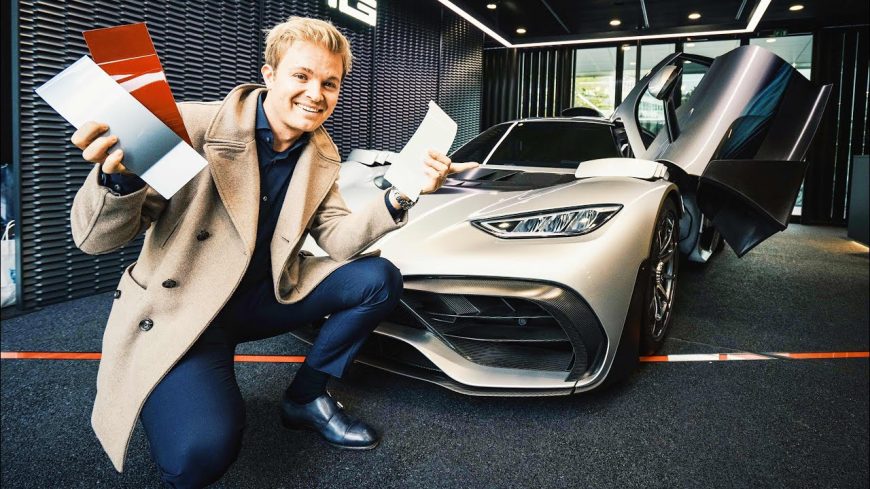 Nico Rosberg has the distinction of being able to claim something very few individuals on the planet will ever be able to claim. As a former Forumla 1 world champion, Nico joins some very limited and distinguished company, and as an active F1 competitor driving for Mercedes-Benz, he had an opportunity that really caught our attention: owning one of the first AMG Project One cars to be built.

As the owner of one of only 275 Project Ones expected to be built, all of which have been purchased at a cost of $2.72 million, Nico had the opportunity to visit what Nico referred to as a “pop up shop” at Mercedes Me in Munich, where he got to try his Project One on for size.

After arriving at the beautiful facility, Rosberg toured the museum-like showroom while waiting his turn to check out the hypercar. He and his wife Vivian perused the collection of historic Mercedes vehicles new and old, stopping to comment on a few of them along the way. When the time came for Nico to head outside and check out the Project One for himself, you can hear the excitement in his voice and when he finally lays eyes on the car, Rosberg is quite literally speechless for a moment.

However, the veteran competitor snaps back into professional vlogger mode and takes us inside the car, which is still in “mock-up” phase at this point, giving us an in-depth tour of the interior and many of the controls, sharing how some of them translate to his F1 car. There are a couple of minor hiccups while Nico is checking out the cockpit, but that’s to be expected in a car that’s basically a rolling model car and nowhere near its finished state.

Looking at the car, inside and out, there’s absolutely no denying it’s one of the most visually striking cars ever designed, and based on what Nico shares, along with what we’ve heard over the past year or so of the car’s development, this car just might shatter every record on the books. Only time will tell, but there’s a good chance we’ll see Rosberg himself behind the wheel when Mercedes rolls out a production model to assault the record books!