Foxbody Rides the Bumper Past the 330′ Almost Crashes, But Still Sends It! 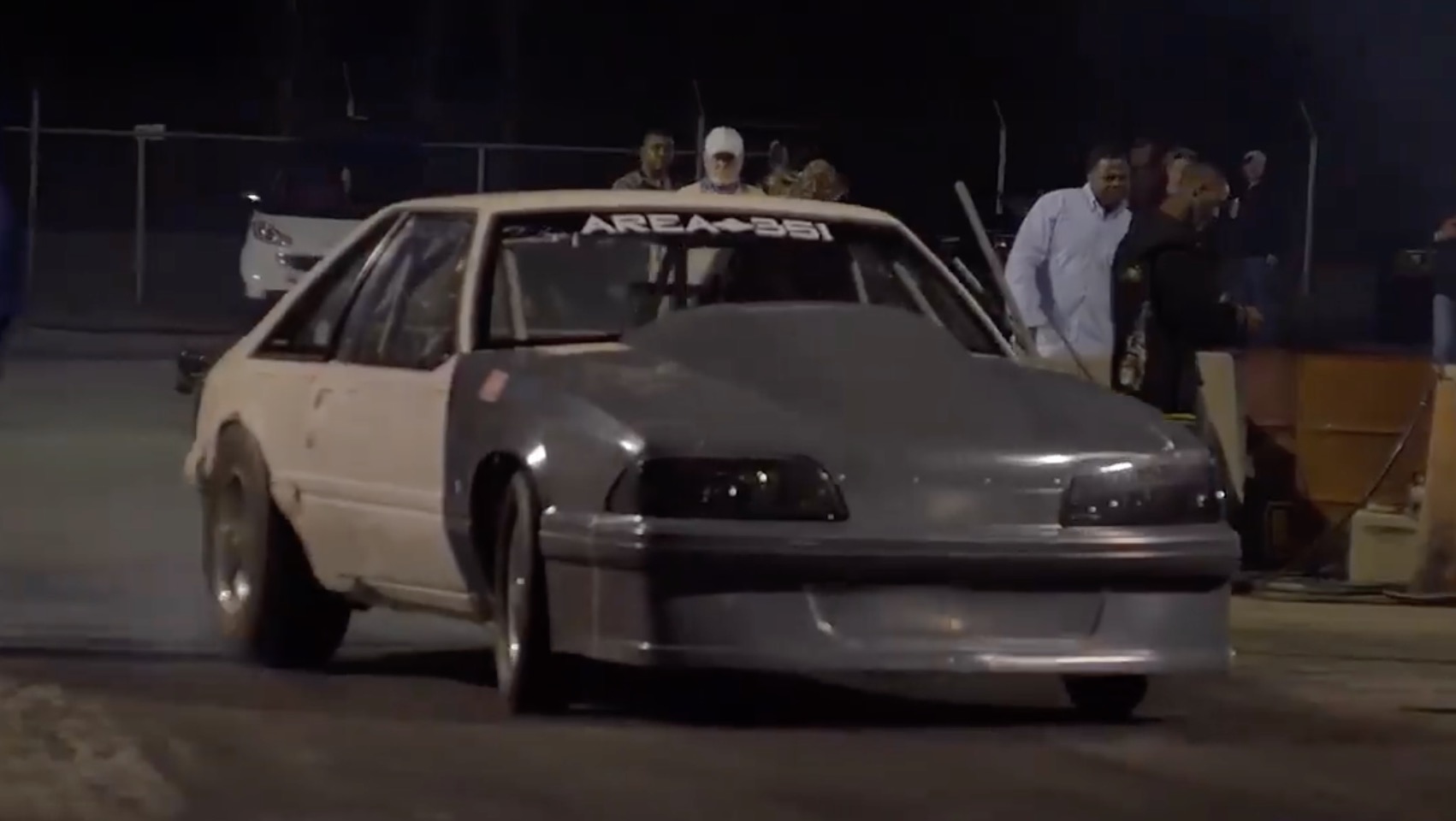 When it comes to drag racing, to those who don’t really know what they’re looking at, it might just seem like a bunch of guys going in a straight line and easily doing so, however, we don’t have to tell you, the experienced drag racing fanatic, that it’s a lot more than that! We all know that racing isn’t just about the competition or about chasing down that best pass but also about those adrenaline-filled moments where things don’t go exactly as expected. One category that you could stick in that bigger category would be when cars find a way to transfer all of their power to the rear tires, taking the weight along with it, and sending the nose of the car up into the air in an epic wheelie.

In order to bring us the action this time, we turn to our friends over at JMalcom2004.  This time, their cameras captured a moment that you’ve got to see as the Ford Mustang Fox Body pictured here really didn’t do the driver very well as this pass was sort of all over the place. It’s incredible to watch as the car lifts into the air and even goes so far as dragging the bumper on the ground but the driver is really in it to win it! Carrying out the wheel for some 330-feet before touching back down near the center lane and taking out a timing block.

In the video down below, we’re able to follow along with an intense moment from the strip as we get to appreciate a spectacular angle of it all as picked up by the cameras of JMalcom2004. After checking out this wild ride that had to crank up the adrenaline for all involved, be sure to tell us what your thoughts are on such a display.

Riding the wheelie past the 330!! Almost got real but he sent it!