FPV Racing Drone Captures The Most Epic Drift Run Ever 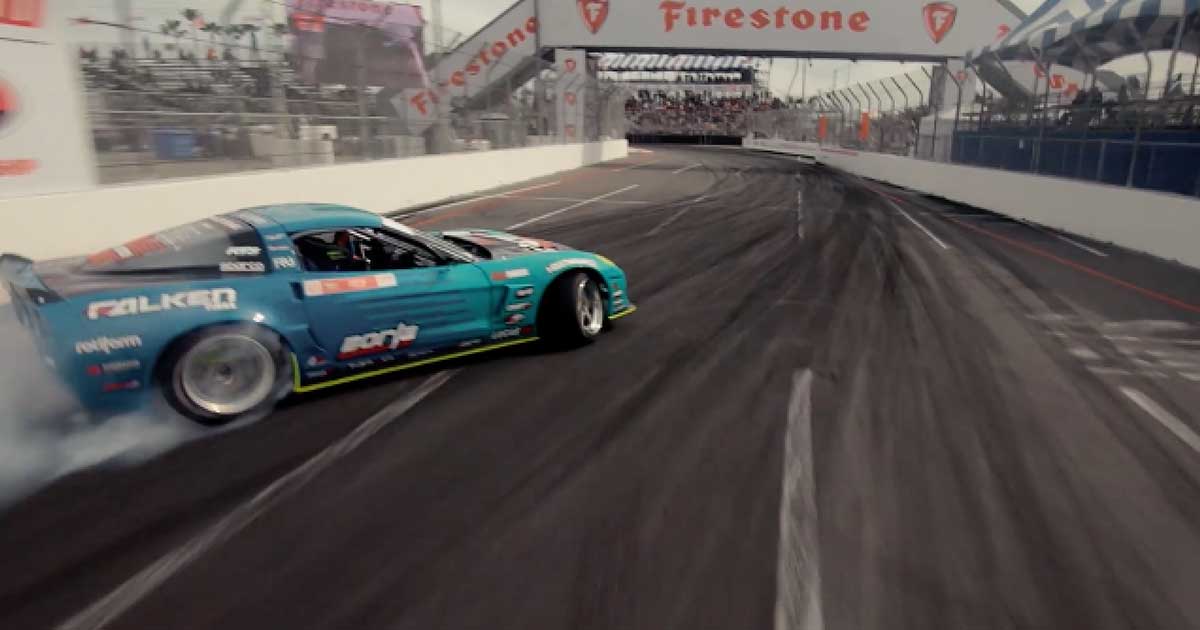 It’s pretty crazy how quickly technology is moving along. Because of this progression, we have some pretty insane videos to enjoy. Long gone are the days where we struggle to see every angle. In fact, with with the way things are filmed today, we can get a view of just about any part of the vehicle as it’s moving along. It doesn’t matter if the car is just rolling down the street or being slung sideways at high speeds at Formula Drift. With the use of things like drones and action cameras, we can gather just about any perspective that we like. It’s something that can be easy to be taken for granted but when seeing a video like this, the appreciation comes back full circle.

In this one, we catch up with a Formula D run from a competitor, Matt Field, with his Chevrolet Corvette. Matt has some pretty insane skills behind the wheel, pushing this thing sideways in a way that will leave most folks mesmerized. The run isn’t shown off from any traditional point of view, though. In this one, we get to see something special as the pass unfolds and gives us the best seat in the house. Thanks to an FPV drone, we gain a brand-new perspective on what adrenaline is really like.

Grab some popcorn and tune into the video below because we’re about to be treated to the drift experience of a lifetime. Sure, just about everyone has seen a drift car in action. However, I’m not sure that we have ever seen one from an angle quite like this. Seeing something from such a vantage point gives us a fresh perspective on the sport that’s already a complete adrenaline rush, to begin with. If this doesn’t get the blood pumping for you on a Monday, we aren’t quite sure what will accomplish that goal.

Unbelieveable footage of Matt Field and his 99 Point run

« The Ultimate Snow Toy is a Touch Sketchy… Ok, Maybe a Lot Sketchy