The Ultimate Snow Toy is a Touch Sketchy… Ok, Maybe a Lot Sketchy 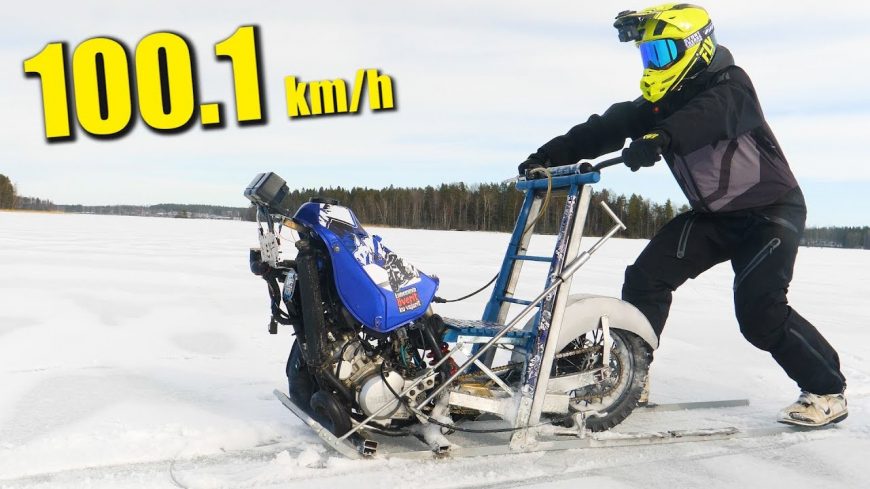 In the search for adrenaline, we try all sorts of different things in the name of pulling off a little bit of a rush. This could mean situations might get a little bit sketchy as well. Sometimes, when we’re in the moment, there’s not a complete thought that occurs. We might just see something that could be exciting and jump at it, neglecting to think about what could go wrong. I’m not quite sure if this is one that falls into that category but from where we’re sitting, things do get a little bit crazy. After all, there’s not even any steering involved in this machine that tackles the snow.

When it comes to the Stunt Freaks Team, these guys really go to far lengths in order to get that rush. Sometimes, it comes from the likes of a traditional motorcycle. Other times, though, maybe it’s a homemade creation that they’re using in order to get their kicks. This time, it sure looks like the latter as we check out a snowbound machine that really is one-of-a-kind. Normally, one might think of a snowmobile or something similar when it comes to tackling this terrain. However, this one has a little bit different twist. It’s a twist that’s coming at us at over 60 mph!

By following along with the video below, we watch as this sort of fusion of snowmobiling and a dog sled come together in a creation that the operator can’t even steer. However, that doesn’t stop said operator for being able to achieve some pretty insane speeds. It sounds kind of crazy and that’s because it is. However, when we see it in use, scooting flat out across a wide open span of snowy ground, we can’t help but feel like we want to go for a ride as well.

« He Made A Lowrider Cake – The Detail Is Unbelievable