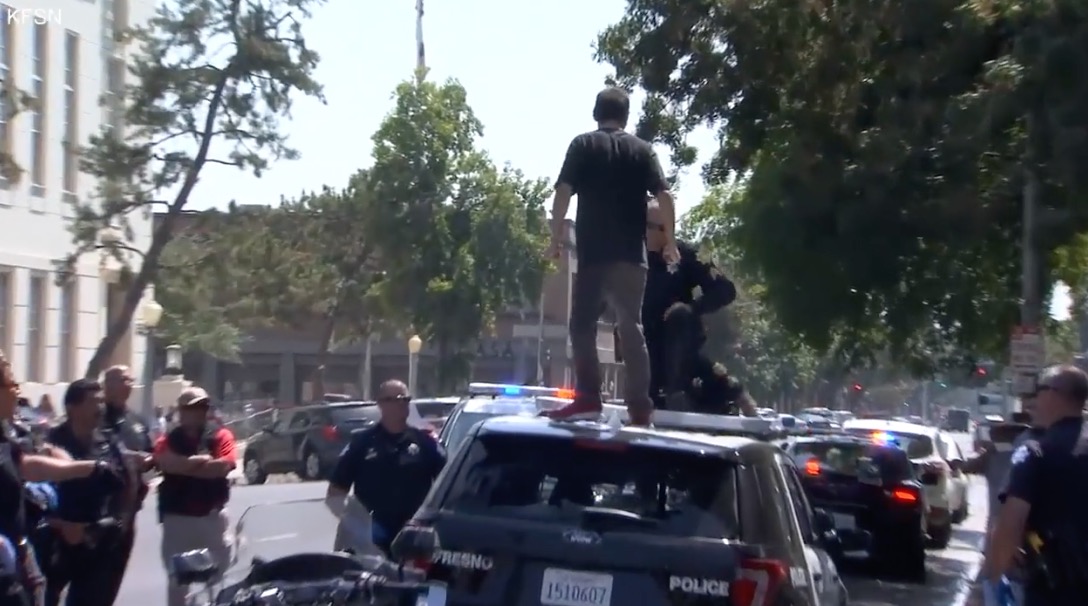 Sometimes, when you see situations unfold in front of you, they give rise to more questions than they answer. When you see the way that someone is carrying themselves in the public eye, it leads you to think about all types of things, most notably their motivation to do some of the things that they get involved in and what they thought the outcome was going to be. In some cases, there’s no sequence of events where the situation ends positively for the person involved no matter what way you decide to slice it.

In this one, we follow along with the scene as a young man decided that today, he was going to take some of his anger out on the police, more specifically, one of their patrol vehicles. Now, if he had an issue with the individuals that he targeted here, that’s one thing but it seems like the way that he handled himself when put in the heat of the moment isn’t really accomplishing anything as it looks like nothing short of a child throwing a temper tantrum as this individual finds a good way to get himself in some hot water.

If you follow the moment in the video below, you’ll be able to watch as this guy goes absolutely nutty, jumping up and down on the roof of a police SUV, taking it upon himself to do some damage, kicking the light bar and all. Everyone should have a voice and be able to have their concerns heard but I’m not sure that doing property damage is necessarily how you’re going to want to get that point across. If this individual does feel so inclined to speak out for one reason or another, maybe he should get back to the drawing board and chalk up another method to his madness.