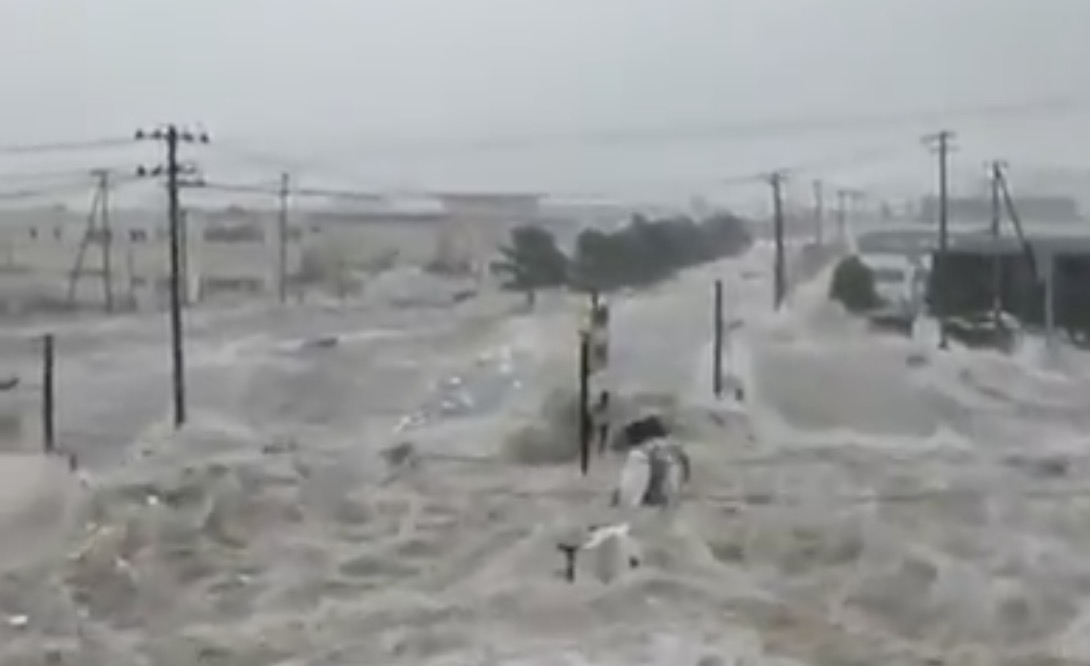 If you’d ever wondered why those responsible for public safety are so adamant about evacuating certain areas prior to a storm, a situation like this, in which you can see the devastation first hand, should shed some light on that scenario for you if you had found a reason to be confused. With Mother Nature, if something is projected to happen, even if it’s not with absolute certainty, in cases like these, it’s better safe than sorry because the inconvenience of rolling out for a couple of days is almost nothing compared to what would happen if you were in the wake of a bad natural disaster.

This time, we get to see how a tsunami might unfold from the camera of someone who decided that they would try to brave the elements, hanging out on a rooftop above the city that gives you a birdseye view to see just how quickly something like this can spread, taking the landscape that was once something bustling and make it look almost as if there was nothing there in the first place. It’s downright mind-boggling to see how something like this can sweep in so fast and cause so much destruction in a matter of just a minute or two.

If you follow along below, you’ll be able to see what was once a normal city, complete with your average fixtures like buildings, power lines, and cars, when all of a sudden the massive wave has absolutely nothing standing in the way of sweeping the vast majority of it away after it rises over the rooftops and makes its massive presence felt. We’re not sure exactly which tsunami this footage came from as the video’s description is inconclusive, but after seeing something like this, you might just have a new perspective on how things happen.

« Bicyclist Is Tired Of Your Crap, Uses Airhorn To Get People Out Of Bike Lane