If a big block screaming to over 2,000 horsepower doesn’t get your blood ...

If a big block screaming to over 2,000 horsepower doesn’t get your blood pumping in the morning then you’ve come to the wrong place. However, if you’re a horsepower freak like us it is seldom, if ever, that we find a car on FuelTech’s dyno that’s not a complete monster.

In this one, FuelTech hosts Shane Crowden who wanted to put his brand new racecar through a couple of shakedowns before heading to the track. If you’re wondering why some teams do so much testing, a session like this will tell you just that. FuelTech tells us that Crowden and the FuelTech team would quickly identify a fuel delivery problem on the dyno before they went wide-open throttle

If you want to talk about catastrophe, running a boosted application wide open without enough fuel is the recipe for a nightmare. Luckily, the issue was identified and fixed before it could do any damage. That’s a sigh of relief if we’ve ever felt one.

FuelTech says that their team, led by Luis de Leon managed to remedy the issue and fire up the car for some testing on the dyno. The combination led by a 540 ci big block Chevrolet with a Donovan engine block complemented by Dart Big Chief cylinder heads roared to life. Aided by a ProCharger F-3R-136 centrifugal supercharger, we would really see the combo make some steam.

FuelTech was on board this machine in abundance. We’re told that the machine features an FT600 ECU. It also features “Sequential injection and ignition, O2 closed loop, Data Logger, Delay Box, Traction Control, Boost Controller, PRO-Nitrous Controller, and much more. Those are also standard options on the FT550, FT550LITE, and FT450 engine management units. The all-inclusive feature list makes the FuelTech product line unique when compared to other systems,” says FuelTech.

When all was said and done, the combination was good for an incredible 2,253 hp at the rear axle. More importantly, though, this was laid down without any sort of drama that might’ve come otherwise. 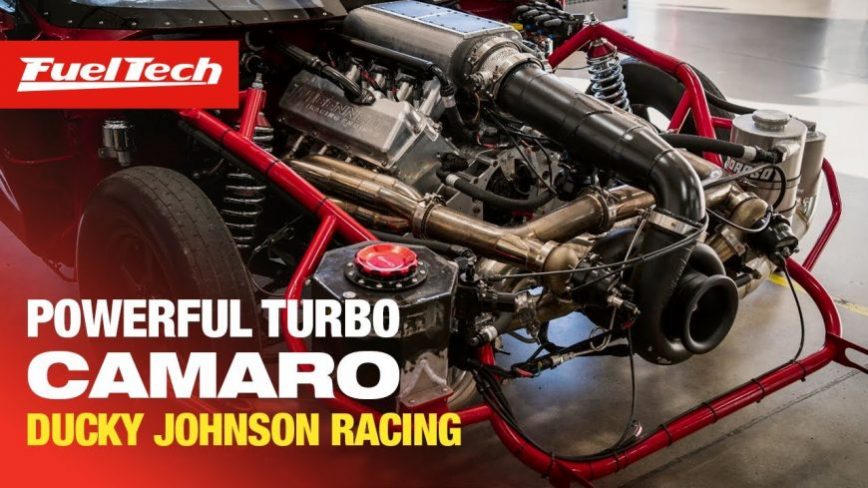