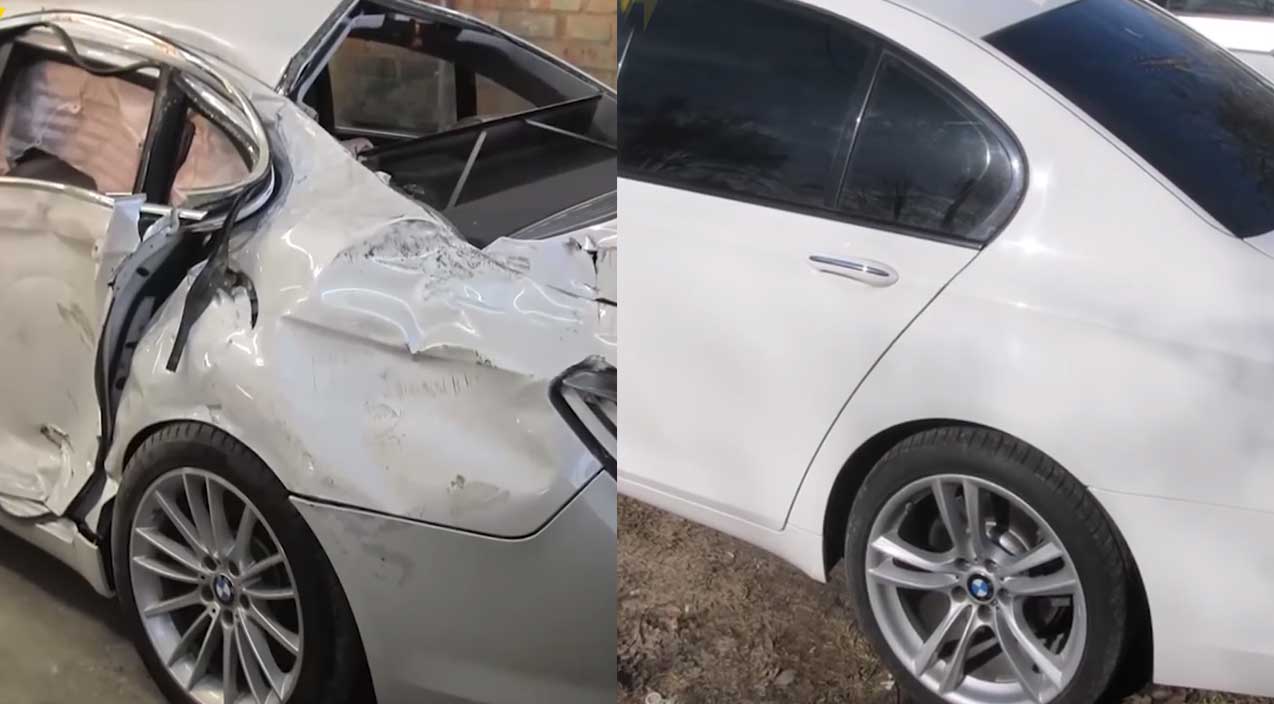 Getting into extensive bodywork is as much of an art as it is a science. Sure, all of the angles have to be just right and panels need to be bolted up in the proper way in order to ensure a fit and finished product. However, the road to get there can really be a challenging one that takes a little bit of creativity to achieve the ideal finished goal.

The more damage that’s done to the vehicle, arguably, the more creativity needs to be put in the mix. After all, when a car gets to a certain point, most might just consider it to be worth nothing more than a couple of spare parts. We think that this time, we are facing just that type of machine.

However, for this BMW 7 Series, it appears as if somebody was ready and willing to give the car a second shot at life. It’s kind of astounding how much had to be done to bring this thing back but with a deft touch, it appears as if the body man behind this one is really able to pull off some things that are nothing short of a miracle. After using a variety of different tools of the trade to straighten, mold, and realign, eventually, the BMW begins to look like its former self just a little bit more.

It’s a little bit difficult to tell from the video if the finished product was as perfect as it appears to be but we have to give it to the man behind the work here. When we saw the original crunched up BMW, we were pretty confident that nobody would be able to bring it back to anywhere near looking like a functioning vehicle. However, with a little bit of confidence and the will to get the job done, it looks like this individual managed to carry out just that goal as he would breathe life into the German sedan once more.