Full Scale “Back to the Future” DeLorean Goes Remote Control 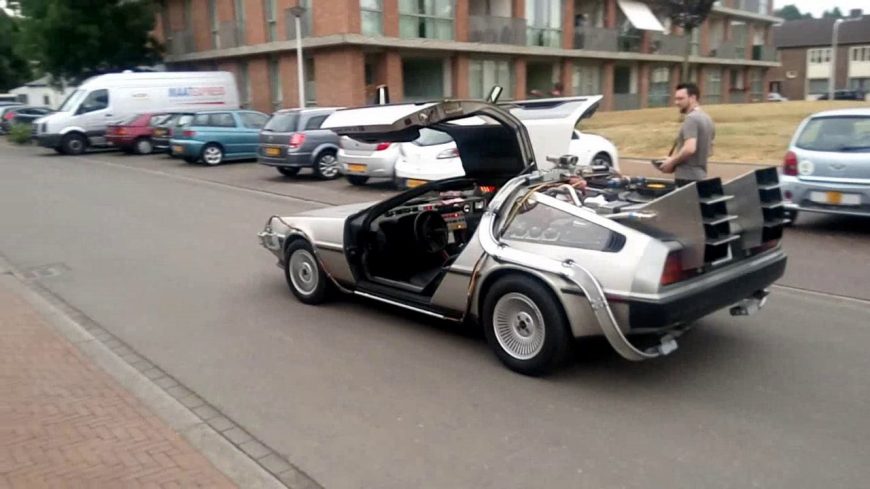 If you dive into the world of remote control, there are a lot of different creations that you’ll be able to appreciate. To the unsuspecting individual who isn’t all that involved in this community, it can be something that you would perceive to be a little bit childish and cookie-cutter, heading to the store and buying a remote controlled vehicle, however, custom vehicles exist in an endless world of modification and customization, creating some really awesome products that might just make you want to run out and get involved in the world of RC yourself to put your own personal spin on something like this.

This time, it’s nothing even close to ordinary that you’re going to see with this remote control creation. While we do admit that these things can get pretty wild, there are very few remote control vehicles like the one that you can see here that takes the liberty of mirroring a DeLorean. You see, this isn’t just any normal Back to the Future fan creation, but instead, one that not only replicates the car that you see in the movies but does it on a one:one scale, meaning that this thing is full-size! Now that is definitely one cool collector’s piece, if you ask us.

The creator, Bjorn Harms, tells us that he “Offered a KITT replica customer to build it in his car to see if it would also work and before I knew, a guy from Germany offered his DeLorean. That was a great challenge for me. I used an original Futaba, but took out the insides and replaced it with modern transmitters”

If you ask the man behind this machine, he’ll tell you about his passion and probably give you a glimpse of some of the other machines that he has built, including a full scale C6 Chevrolet Corvette that is able to operate remotely as well. I’m not sure about you, but to us, seeing something like this is probably about the ultimate toy. Who wouldn’t want to get behind the controls of a machine similar to this one? Even if you don’t like Back to the Future, controlling this thing has to be a real adrenaline rush.

We caught up with Bjorn and he told us that “Two years ago I came up with a universal motor controller that could control servos and heavy motors. Since the c6 was the only car I had, I used it for testing my idea. After first clip, most people said it was fake, until tv shows wanted interviews.

« A Smart Car was in the Way, So Bystanders Illegally Moved It