In the world of YouTube rebuilds, there are a lot of vehicles be excited about. From ...

In the world of YouTube rebuilds, there are a lot of vehicles be excited about. From a brand-new Toyota Supra all the way to all sorts of exotic cars, watching them come back to life once again can really be a lot of fun. After all, they were left for dead in the junkyard. Chances are that they would’ve probably been parted out and eventually scrapped. Thanks to some motivated YouTube users, though, we get to see them come back to life. Perhaps, one of our favorite might just be the project that Alex Rebuilds has been taking on.

You see, the vehicle that he has gotten his hands on isn’t just any truck. Instead, this one comes with quite a story to make it even more intriguing. This Chevrolet C10 once was wrenched on by a pretty famous group of guys. That’s right, the old school Chevrolet was once the subject of admiration at Gas Monkey Garage.

Needless to say, this truck has had a major major investment that has gone into making it something really special. Unfortunately, though, the vehicle might’ve gotten involved in a little bit of a fender bender which rendered it a pretty expensive repair.

By following along with the video below, we check in with the most recent update to the truck. A little bit of attention to the chassis is on tap here. As we can see in this video, it turns out that fixing something completely custom like this might be a little bit easier said than done.

With each and every part being one-off, it’s not exactly like Alex would be able to go to the store and purchase the variety of components that need repair here. It might be much more challenging, but in the long run, that might just make the payoff more worth it. 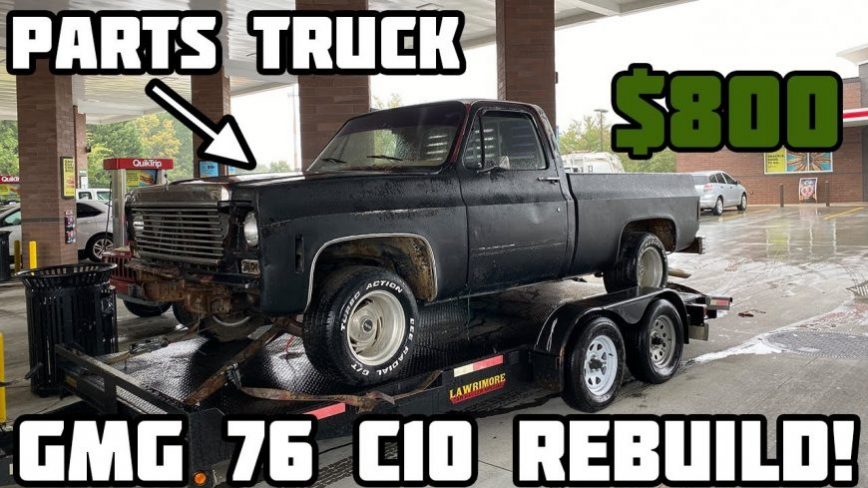