Girl Gets Blasted By Ice Chunks as Train Goes Through Snow Covered Station! Why Didn’t She Move? 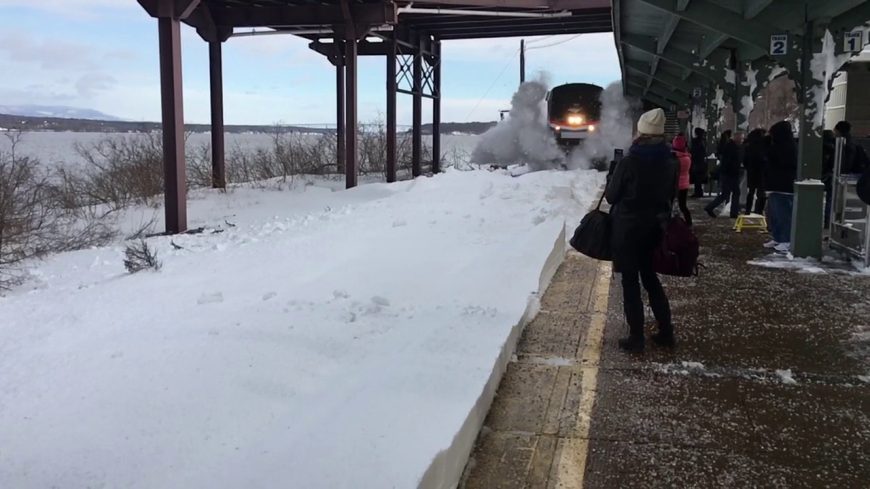 In this video you see a snow covered train station with people waiting on the coming train, normal scene right? Until you notice all the people start to slowly move out of the way as the train gets closer and closer… The odd thing here is that one person is not moving at all. Is she too busy on her phone, filming the train coming in or just oblivious to the world around her? Either way she learns quick that being aware of your surrounds is so very important. We hope this video makes people get off their phones and be more aware of their surroundings, you can send that text message once you’re already on the train.

As soon as she looks up instant regret kicks in and she realizes she has messed up big time as all the snow is coming at her in full force. Not just soft powdered snow, we are talking big chunks of ice flying at her body. By the time she starts to run away it is already too late and she gets pelted with chunks of snow and ice all at once! That had to hurt real bad!

We bet that she will never stand that close to the tracks ever again in her life! After getting hit with a flying chunk of ice you will remember that forever!

Luckily for the bystanders there were no debris within the snow that was flung towards these guys and girls. Even though massive chunks of snow and ice could cause some serious bodily damage, Scope the video below to see why you always need to be aware of your surroundings, especially when trains or dangerous machinery is around. What was she thinking? Let us know your thoughts on how this could have been avoided!