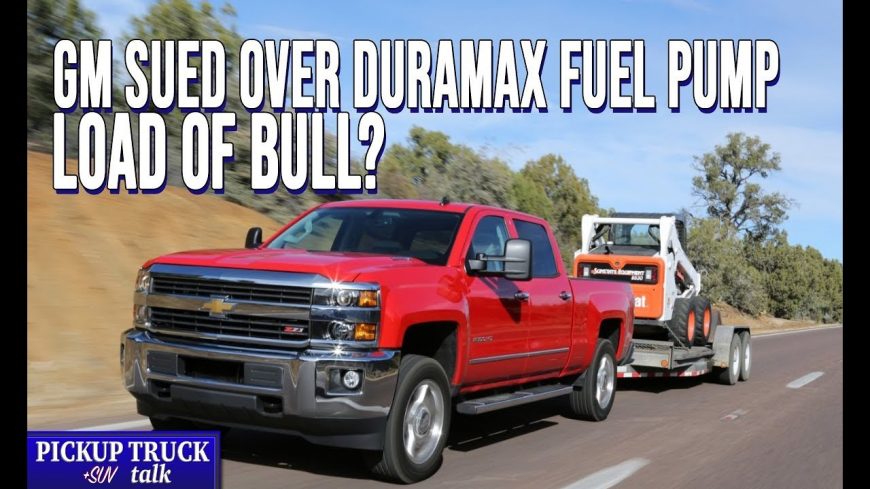 In the diesel truck community, recent talks of a lawsuit have stirred the pot a little bit. The suit alleges that fuel pumps in LML Duramax diesel-powered trucks will eventually send shrapnel into the fuel. This action is said to destroy the engine. The LML is found in General Motors heavy-duty trucks from the model year 2011 up until 2016.

The basis of the lawsuit stems from fuel inconsistencies between the American and European market. Allegedly, the pumps will expire prematurely because American diesel is thinner than European diesel, says the lawsuit. This is said to cause air pockets that create metal on metal contact. For anyone with an ounce of mechanical inclination, they can tell you that metal on metal contact is bad. This is where the previously mentioned shavings would come from as the gears wear down.

In cases like this, it can be hard to pin down who is in the wrong, if anybody. With so many functions occurring at once, it can sometimes be difficult to determine a culprit. In turn, logic would be left to point us in the direction of mass failures needing to occur before a verdict against the automaker could be made. As far as we know, that simply isn’t the case. The full lawsuit might have evidence to the contrary.

Down in the video below, we get an outlook on what exactly is going on in the suit and why it might or might not have solid legs beneath it. As of now, the story is just beginning to gather momentum. Stay tuned to Speed Society for the latest developments on the ongoing lawsuit.