For those looking to have a good time with their trucks, driving off of the beaten ...

For those looking to have a good time with their trucks, driving off of the beaten path can be a blast. On the other hand, though, it can certainly be a challenge as well. Just like with any other sort of adverse driving, it’s not always easy. Just because a vehicle is built to handle a situation doesn’t mean it’s going to be a worry-free experience. For example, driving in the sand can be tough, especially when tackling a set of dunes. It’s not something to be taken lightly. The experience definitely goes above and beyond in providing its very own unique set of challenges.

One notable quality of driving in the sand is that it can be incredibly easy to get stuck beyond the recourse of a simple rescue. One moment, momentum will be behind a vehicle, the next it’s stuck! Normally, this might not seem like a big deal and sometimes, it isn’t. However, due to how malleable sand is, sometimes rescue can be a bit difficult. Without someone who knows what they’re doing, the main issue can be escalated to an all-new level. We have to admit that we’ve seen more than one situation where a rescue went wrong. In these situations, an attempt was made but eventually, we would have two stuck vehicles instead of just the original one.

By following along in the video below, we join in with quite the rescue effort on Pismo Dunes. Apparently, the GMC Sierra in question was nice and wedged in its place for an entire 15 hours. This meant multiple trucks and drivers who would attempt a rescue without much success. However, when it came time for the push to come to shove a viable rescuer came to the forefront and made magic happen. Get ready for a little bit of smack talk because the truck that rescued this GM was none other than a Ford!

AWESOME Invetion - Never Get Stuck in The Sand or Mud AGAIN! 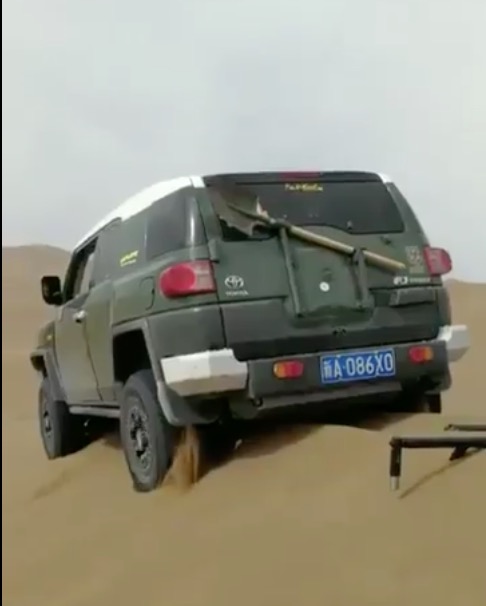