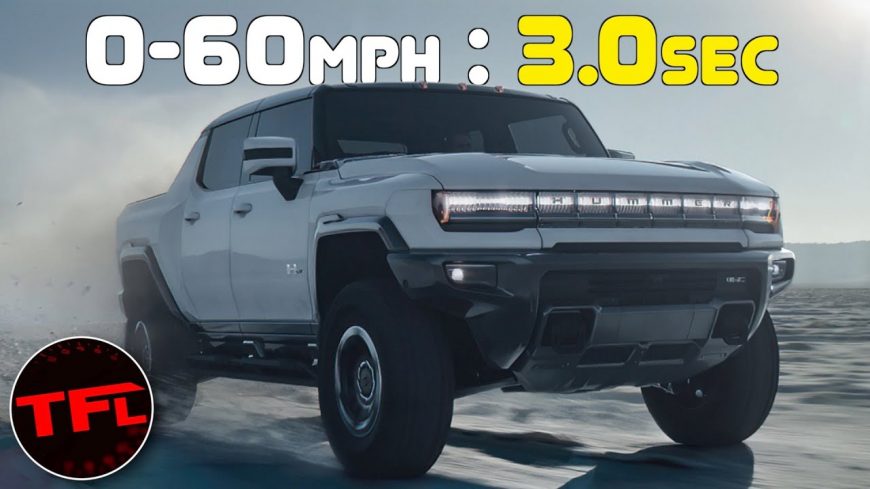 Being a performance truck enthusiast is about to start paying dividends.

There is a battle happening between all three major American automotive manufacturers in the world of performance pickup trucks. For fans of trucks, this should definitely be a very welcome addition to the lineup as GMC has finally dropped its plans and visuals for the 2022 Hummer.

In what appears to be an effort to compete with the Ford Raptor and Ram TRX, the Hummer will provide a lot of explosive power. The stats really speak for themselves as the machine will hurl itself from 0 to 60 in 3.0 seconds. Let us rephrase. The GMC Hummer will be quicker to 60 mph than the latest Corvette ZR1.

That speed comes from the likes of three motors that will combine for 1000 hp and 11,500 pound-feet of grounded torque. The highest performance mode that will achieve these numbers is known as “Watts to Freedom Mode” which basically sounds like the turn of a knob that transforms the truck into a performance monster.

With the Raptor and Ram TRX both announcing that they will push their respective automakers into the performance truck battle, we were kind of wondering where General Motors sat with all of this. Up until the unveiling of the Hummer, it appeared as if they were just going to sit it out as perhaps they didn’t see the battle as one that could be profitable. However, with this unveiling, it’s clear that they will be in the thick of things with the Hummer. While this isn’t going to be a combustion-powered vehicle like its counterparts, you can bet your bottom dollar that the folks over at General Motors have a very close eye on how it will compare to their truck-building rivals.

With that, all that’s left to say is “Let the games begin!”

« The Cost of Every Car From The Fast and the Furious: Tokyo Drift