Go For a Drive in the VelociRaptor 6X6 Ford Raptor truck!

Go For a Drive in the VelociRaptor 6X6 Ford Raptor truck!

Last week we brought you the reveal of Hennessey Performance’s Velociraptor 6×6 ...

Last week we brought you the reveal of Hennessey Performance’s Velociraptor 6×6 pickup built on Ford’s F150 Raptor platform. Well this week, Hennessey themselves have dropped video about the truck with a little better look at it, plus John Hennessey giving us a little ride along in an actual ready-for-delivery Velociraptor.

This truck is already set for delivery to it’s new owner in Florida, so John wisely elects not to take the truck off roading and risk damaging the $350,000 ride. However, he does take it for a ride around the road course, which is tied into a drag stip used for straightline acceleration testing, although again, John elects to not push the truck anywhere near it’s limits since it’s already paid for and awaiting delivery to the client.

The added third axle and associated hardware has to add some heft to the truck, but it also serves to provide stability, as Hennessey points out that the truck feels like it would be right at home pulling a large trailer. The truck is undeniably striking as you watch it lap around the track, with the 37” tall tires fitting comfortably underneath the flared fenders while providing enough lift to make the truck seem larger than life. Thankfully Hennessey is versed in adding power, because I does seem obvious that a stock 3.5 Ecoboost would struggle to get the hulking truck out of its own way, but with the power bumped to 600 ponies, there is more than enough on tap to make the truck perfectly capable in any environment or task thrown its way.

While I still personally can’t see where the price is justified, I can’t knock the fact that the truck oozes badassness from every angle and any distance. I’d be more than happy to drive one every single day, provided John tossed me the keys without attaching a payment book. I may be a little bit jealous of those who can afford to drop that kind of change on any ride, but if I happen to hit the lotto, I’m going to try my best to get one of the 50 Velociraptors intended for the US. 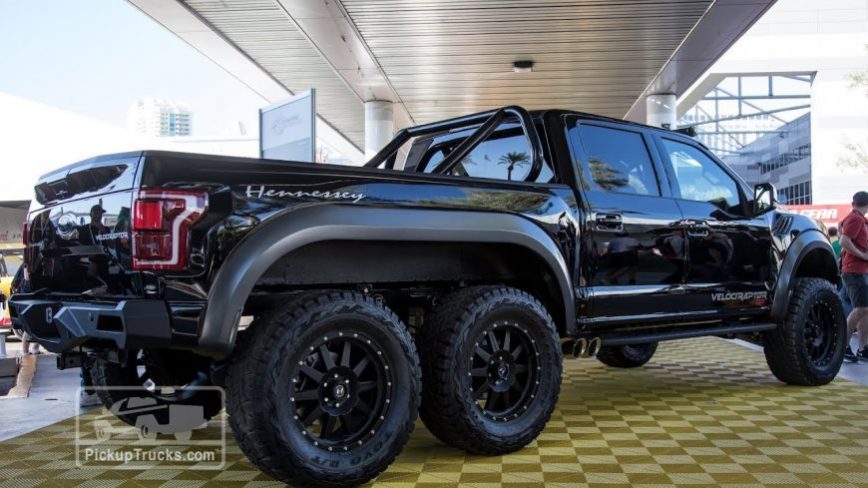