GoPro Video Shows off Water Skiing Behind an Airplane! 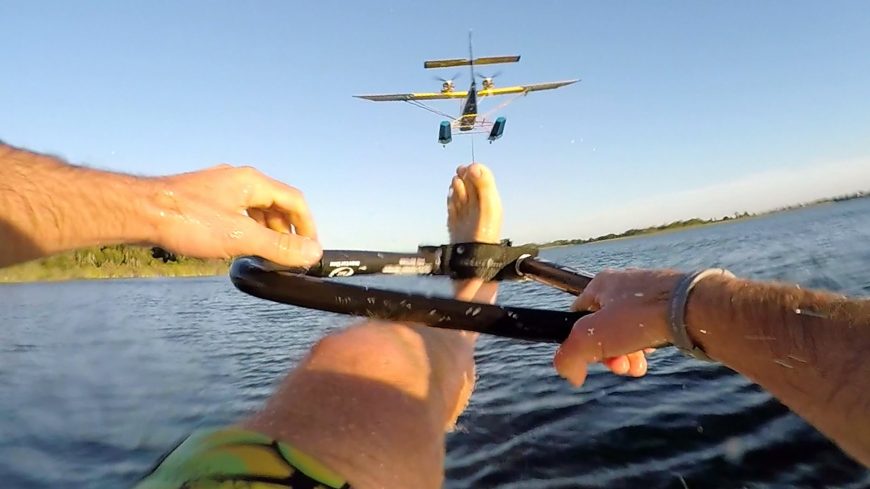 For many, the rush of adrenaline that you get when you do anything exciting can be kind of like a drug. Once you go to one level, you just can’t help but want to go to the next and this is something that could potentially spiral out of control and before you know it, you’ll be doing things that most consider to be pretty crazy like jumping out of airplanes and beyond. This definitely isn’t a lifestyle for everybody but, what is for most would be the videos that come about as people stick cameras to themselves when they go out and tackle these crazy endeavors.

With these sorts of shenanigans, you really never know what it is about to come next. Sometimes, people will just try the tried-and-true way of getting their kicks but other times, they really get creative and might even throw curveballs into the mix to see just how far they can push their very own body and mind to take something on that not too many other folks can say that they’ve done. This time, we get to check out an example of just that unfolding as an individual attempts to go water skiing but with a little bit of a different twist than what you’re probably used to out of such a sport.

If you follow along down in the video below, a GoPro action camera is on board, recording the entire situation here as this ready and raring individual decides to take on waterskiing with the help of an airplane. It really looks like this man is quite versed in his action sports as he’s ripping all kinds of tricks out there while the airplane lifts up into the sky and really gives us a show to feast our eyes on. After watching something like this in its entirety, can you honestly say that you would go out there and try to involve yourself in a stunt like this?