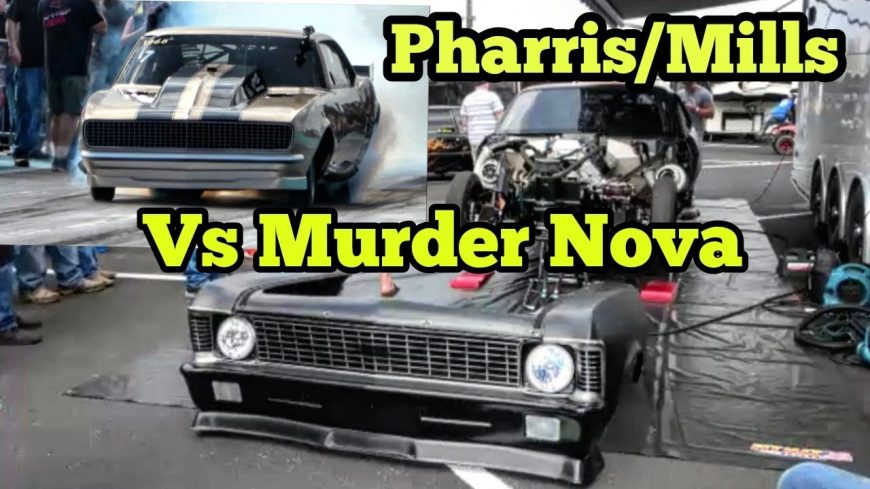 It’s been talked about for years: what would happen if radial racers went no prep racing? Well this weekend we got a little taste of that, and as a longtime fan of small tire racing, I can’t really say I’m surprised at the outcome.

Dewayne Mills has been a headhunter in the radial game for years now. Taking wins at Duck X Production events as well as many radial races throughout the midwest and southeast, Mills’ famed Golden Gorilla is synonymous with radial racing. Over the offseason, Dewayne and good friends and fellow small tire campaigner Daniel Pharris decided to take a car that’s basically identical to the Gorilla and go no prep racing with it.

Mills called up ProLine Racing, who built him a twin turbo powerplant, and Mills had the braintrust from PLR come throw a tune in the car, which wears massive rear tires to get as much grip as possible on the infamously sketchy no prep surface. They loaded up and headed south from Mills’ base in Oklahoma to San Antonio for Project X Productions’ annual Bounty Hunters event, where the track was quite literally scraped clean and even polished before the first car went down the track.

As you will see in this video from National No Prep Racing association, Pharris wheeled Mills’ car to an impressive pass against Street Outlaws star Shawn Ellington in his wicked Murder Nova. Ellington did appear to lose traction and abort the run, but he would have had his hands full anyway, as Pharris laid down a pretty much flawless run in this second round matchup.

Pharris would go on to the semifinals, where he fell to another Street Outlaws hitter, Ryan Martin in his Fireball Camaro. It was a great first outing for the Mills/Pharris team, and with a little data to build from and with Daniel getting a little experience behind the wheel, we can only assume they’ll be even stronger the next time out.

« Breaking in the New Yard!! First Ever Burnyard Bash at Irwindale Speedway