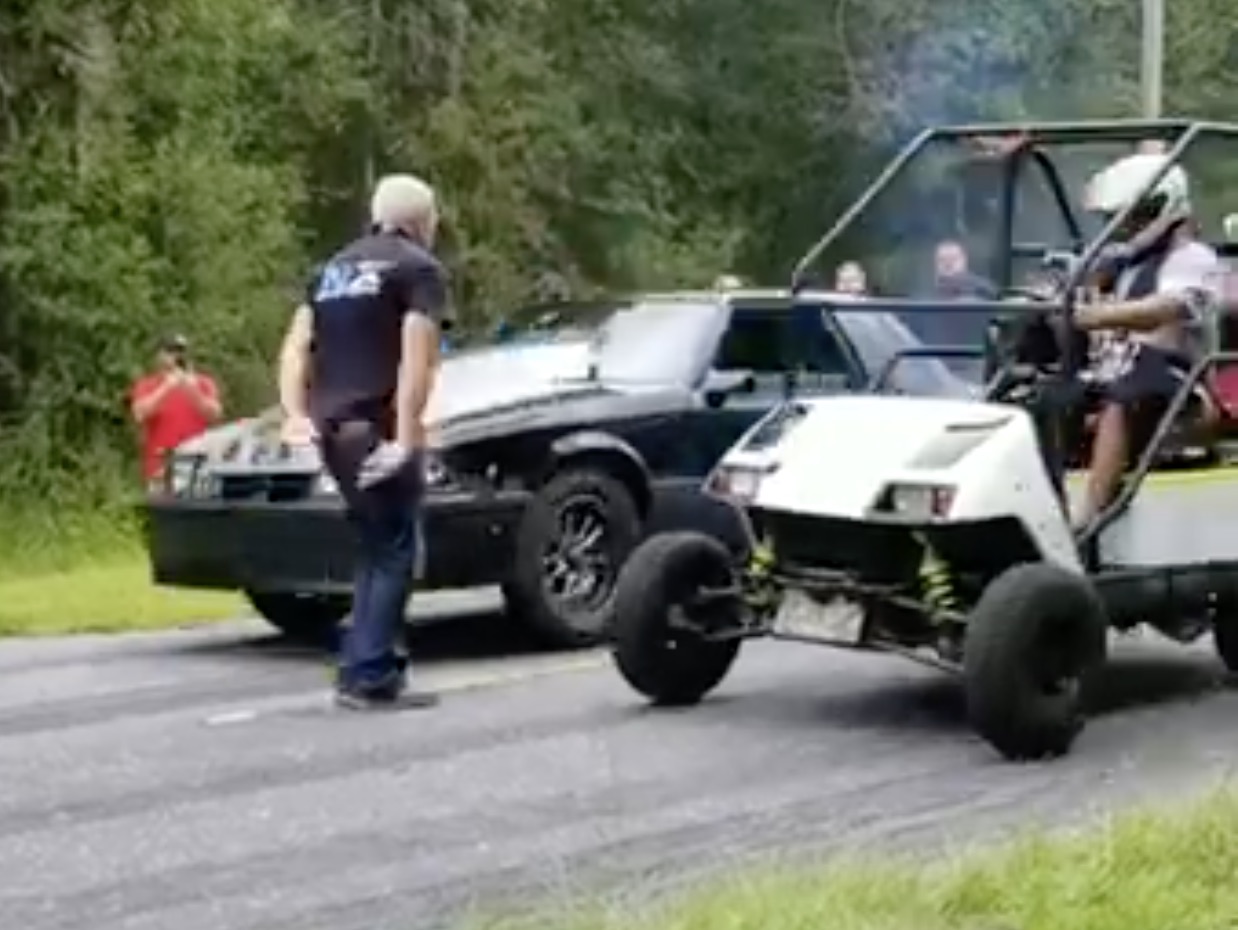 If you’re talking about going fast, pretty much anything that has the ability to move can be transformed into a racing machine. When we say “just about anything”, we are speaking quite literally as we have seen so many wild creations go from something that might not even have any intention of speed to an all-out racing machine with a little bit of elbow grease invested. We’re talking about everything from Barbie Jeeps to minivans and just about anything in between and this time, we check out a supreme extreme that falls into that “in between” category and really takes the cake in terms of being competitive on a drag racing surface.

This time, it’s none other than a golf cart that has been souped up and is poised to be ready to roll. Now, this isn’t necessarily the first time that a golf cart has been made to be a go-fast machine. However, this might be the most well set up for drag racing golf cart that we have ever laid eyes on as it is hooked up with a whole bunch go fast goodies that really make this one stand out from the crowd as it takes on a competitor that not too many would have ever seen a golf cart being able to hang with but this one really passes that test with flying colors.

If you follow along down in the video below, you’ll be able to watch as this cart that has been modified goes toe to toe with a Ford Mustang that clearly has been set up with drag racing in mind. With the golf course nowhere in sight, you would think that it would give the cart a snowball’s chance in hell here but to everyone’s surprise, it ends up really being quite the shocker. After this, you’ll never look at a golf cart the same way again!

« Ford VS Chevy Tug-Of-War With An Unexpected Twist