Goliath is Back – First Time Testing Since the Accident

Goliath is Back – First Time Testing Since the Accident

Those who have been keeping an eye on the workings of Daddy Dave’s racing ...

Those who have been keeping an eye on the workings of Daddy Dave’s racing operation likely know at this point that he had a rough patch with Goliath. A couple of months ago at South Georgia Motorsports Park, Dave’s “Goliath” Nova would end up getting incredibly frisky near the top end of the track. As the car shook back-and-forth, there wasn’t much Dave could do to get it back under control. The machine would end up colliding with the wall, nearly at a 90-degree angle.

However, even though moments like this can end up being pretty heavy for certain people, Dave doesn’t seem to be all wrapped up in emotion here. Instead, he simply took things as they were, getting back to the shop and putting the pieces together in order to get the show back on the road.

One thing leads to another and a couple of months later, here we are and Goliath is back and ready for action.

Dave does tell us that the majority of the time waiting wasn’t necessarily in putting things back together. Instead, the car had some pretty gnarly damage to components that would take a while to reproduce. Combine that with companies that are backlogged because of all of the mayhem COVID has bestowed upon just about every industry imaginable and you’re playing the waiting game big time.

Nobody likes the waiting game but thankfully, all of that is in the rearview mirror now. This time, down in the video below, we get to join in with Dave as he takes the car to Thunder Valley Raceway Park in order to do a little bit of testing. Heading into the session, the hope was to only have to lay down a couple of passes and that things wouldn’t have been altered all that much with the car.

See exactly how all of that came together for Dave and Company by following along with the most recent vlog from Daddy Dave Racing. 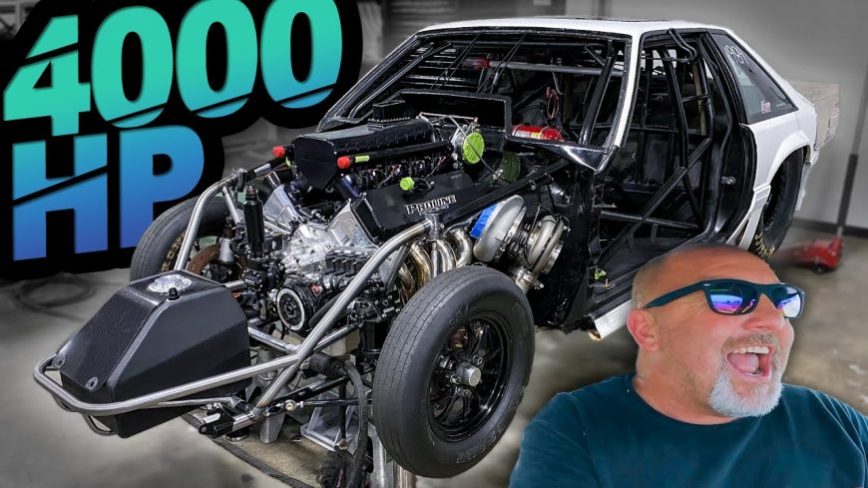