Reacting to a 1000 HP Ram TRX For the First Time

Reacting to a 1000 HP Ram TRX For the First Time

When Ram announced that it would be coming to market with a 702 hp monster pickup ...

When Ram announced that it would be coming to market with a 702 hp monster pickup truck, we couldn’t help but fall in love immediately. However, for some, that initial lust quickly wore off and they decided that they wanted to crank up the volume knob a little bit more.

For the vast majority of folks who want to get behind the wheel of something with some power, 700 ponies are going to be plenty. However, for the madmen among us who want to make even more juice, Hennessey Performance seems to have a solution that takes the Ram TRX and brings it to a new level entirely.

This time, we check in with the machine that goes by the name of “Mammoth 1000.” Starting from the base of a TRX and upgrading things like the supercharger system and some other supporting modifications, this monster is turned up a little bit to be capable of 1000 hp.

1000 hp is a figure that gets thrown around a lot on the internet and almost seems commonplace these days. However, let us tell you that making this much muscle with something that’s capable of driving around on the street every day is certainly nothing to scoff at.

This time, we get to ride along with Hennessey Performance as they show us some first impressions when folks are exposed to the Mammoth 1000. Never did we think we would see the day where we would watch 1000 hp monsters roll around on the streets all while driving like a typical pickup truck. However, it would appear as if the Mammoth 1000 delivers that perfect balance of raw performance and drivability that makes a machine like this so special.

After tuning in with the video below, be sure to tell us what you think of this monster as it flexes its muscles. 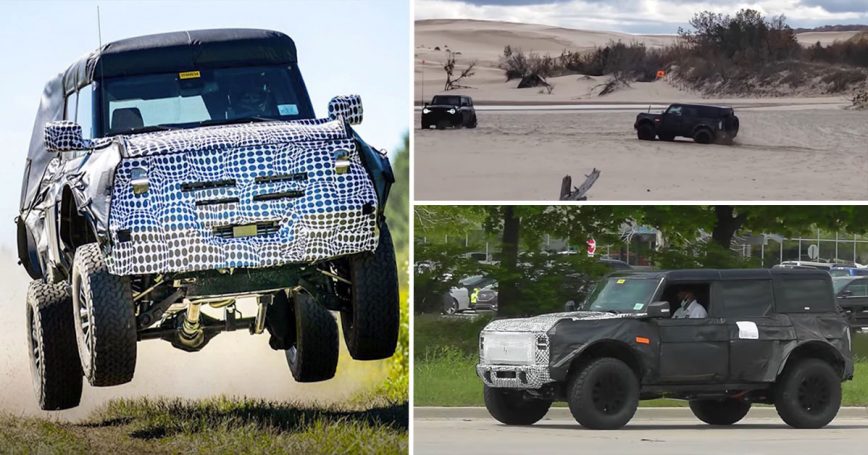